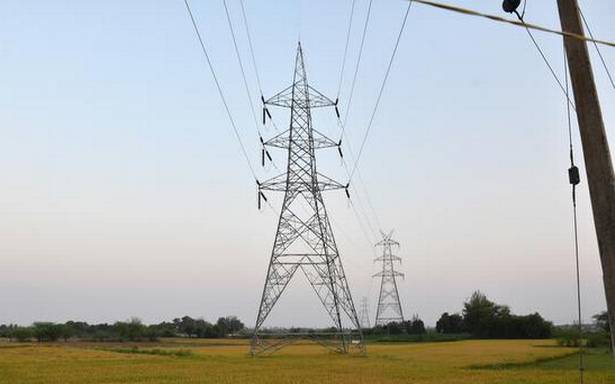 The all-India electricity demand during the period from April 2021 to September 2021 has increased by 12.7%.

As per ICRA, low base last fiscal and faster-than-expected recovery in demand after the second wave of COVID-19 seen in April and May 2021 have supported this outlook upgrade.

The all-India electricity demand during the period from April 2021 to September 2021 has increased by 12.7% to 707 billion units (BU) on a year-on-year (YoY) basis supported by a lower base, improvement in economic activity and lower than normal monsoons leading to higher demand from the agriculture segment during July and August 2021, an ICRA statement said.

“Nonetheless, any emergence of potential third COVID wave and consequent lockdown restrictions remains a monitorable. In turn, the all-India thermal plant load factor (PLF) level is estimated to show a modest improvement to about 58.5-59 per cent in FY2022, against the earlier estimate of 57-58 per cent,” he added.

Notwithstanding the recovery in electricity demand, the all India average thermal PLF level is likely to remain subdued, at below 60% in the current fiscal. Thus, the sector outlook on the thermal power generation segment is negative, ICRA said.

This is also because of the lack of visibility in signing of new power purchase agreements (PPAs) for thermal independent power producers (IPPs) and an upward pressure on cost of power generation with the strengthening in fuel price levels and tighter environmental compliance requirements.

As a result, a sustained improvement in electricity demand growth as well as thermal PLF level (above 60%) remain the critical factors to monitor, from the outlook perspective on thermal generation.

The spot power tariffs on day ahead market of the Indian Energy Exchange witnessed a sharp recovery to ₹ 3.7 per unit in 6M FY2022 from about ₹ 2.8 per unit in FY2021 led by better than expected recovery in electricity demand and coal supply constraints witnessed in August and September 2021.

With expected normalisation in domestic coal availability, the average spot tariffs are likely to remain at about ₹3.5 per unit in the near term. This is still relatively higher than historical average level of ₹3.2 per unit over the last 10-year period.

Further, spot tariffs remain inherently volatile as seen in the past, depending on the fuel availability, the renewable energy generation and demand level.

Vikram V., Vice President and Sector Head – Corporate Ratings, ICRA, added, “Delays in tariff determination process by state regulators continues to remain an area of concern given that tariff orders have been issued for utilities in only 19 out of the 28 states for FY2022 so far and the tariff hikes remain modest.”

Tariff orders have not been issued in the key states such as Rajasthan, Telangana, Tamil Nadu and West Bengal.

Given that coal as a fuel contributes about 70% of all India energy generation, distribution utilities remain exposed to an upward pressure on cost of power purchase, he added.