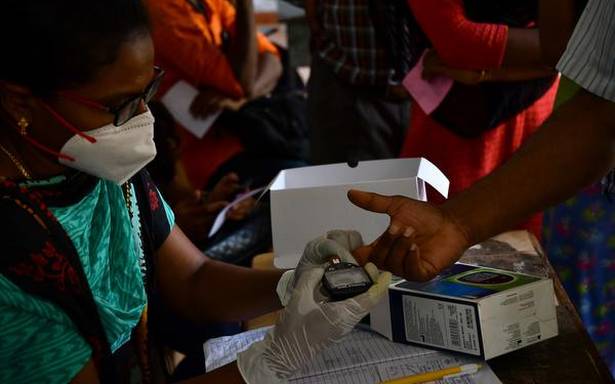 Noticing their vulnerabilities, Indian Medical Association (IMA) on Sunday demanded COVID-19 vaccination for all diabetes patients, including a third dose, if needed.

The IMA on Sunday launched a campaign for early detection and mitigation of diabetes complications by organising walkathon, marathon, screening camps, and a social media drive.

The campaign, launched on the occasion of world Diabetes Day, will run for 10 days and will aim to reach one billion people, the IMA said in a statement.

As part of the campaign, the IMA has joined hands with the Association of Physicians of India, RSSDI, Endocrine Society, and many other niche organisations.

As per the data from the 10th Edition of the IDF Diabetes Atlas, diabetes caused 6.7 million deaths in 2021, with 537 million adults (aged 20 to 79 years) around the world currently living with the condition.

In India, more than 77 million adults are living with diabetes and researchers predict that this will increase to 134 million by 2045.

Even after 100 years of the discovery of insulin, millions of people with diabetes around the world do not have access to the kind of care they need, the doctors’ body said.

Its patients require continuous care and support to manage their condition and avoid complications, they said.

To make insulin accessible, IMA’s state and local branches will set up special centres to help people get insulin therapy at appropriate times, the statement said.

Although diabetes figures are high, researchers estimate that 57% of cases remain undiagnosed. This is particularly concerning, as the risk of serious complications increases when people do not take medication to control their blood sugar, it added.

The IMA campaign includes holding programmes in both urban and rural areas to promote detection of these hidden and Pre-diabetes cases.