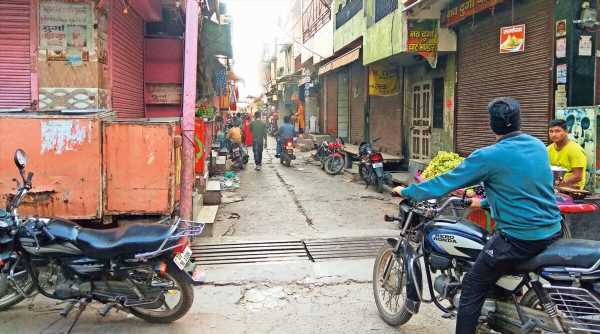 As it happens, the two clashing parties are now facing a blow bigger than those 45 seconds of lathi-exchange and the long months of lockdown dealt them, with eight under arrest and families unsure how to go about getting them released. The charges against them include attempt to murder. 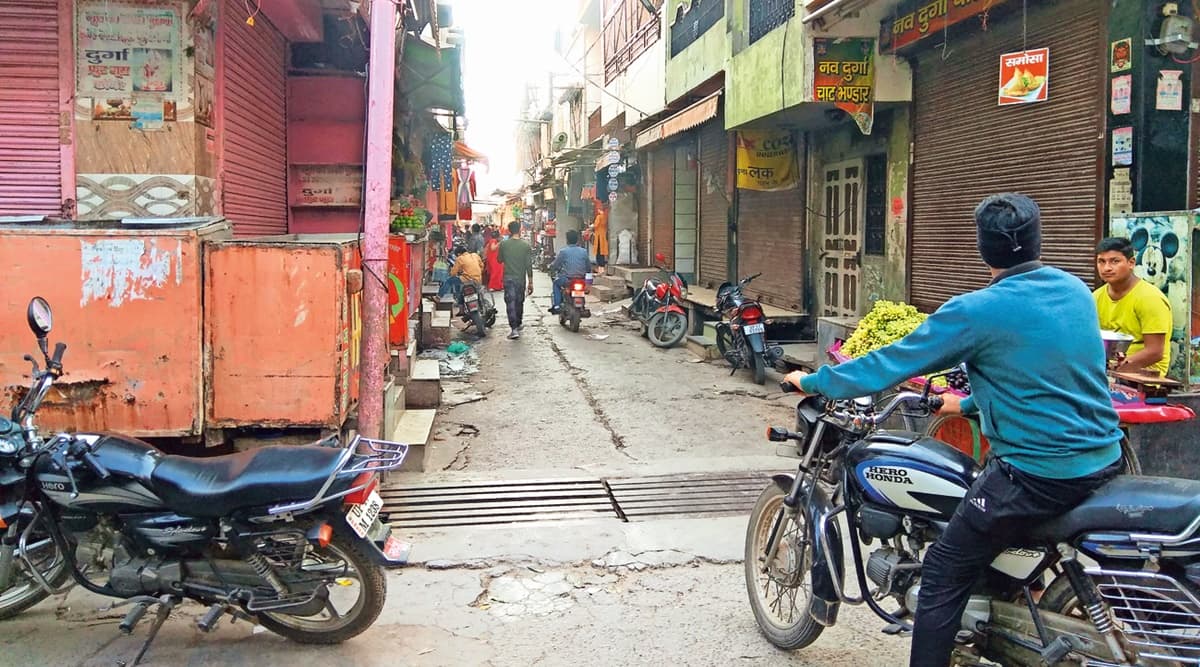 BUT FOR a local journalist on whom one of the rods being swung around on Monday afternoon landed, a brawl over customers for chaat, on a crowded street whimsically named Atithi Bhawan, would have barely raised a stir even in this town of Uttar Pradesh — known more for the sweet smell of jaggery in its air from numerous units dotting it.

As it happens, the two clashing parties are now facing a blow bigger than those 45 seconds of lathi-exchange and the long months of lockdown dealt them, with eight under arrest and families unsure how to go about getting them released. The charges against them include attempt to murder.

There is little to tell Shiv Chaat Bhandar apart from Nav Durga Chaat Bhandar. If their names invoke gods, both came up around the same time 15 years ago, and their prices and menus are almost the same — chaat, paani puri, matar palak ki pakiri and gulab jamun, from Rs 20 a plate to Rs 50. And therein lies the problem. Witnesses say helpers of the two shops were almost dragging prospective customers into own outlets when the fight started.

A day later, both shops are shut as two sub-inspectors and 10 constables, deployed as “precautionary measure”, keep a desultory watch in the deserted steet.

Those arrested include Shiv Chaat Bhandar owner Ram Kumar alias Pappu and family members Shivaji, Anil, Dhaani, Harendra (with the henna-streaked hair that stood out of the blur), and Nav Durga’s Puranmaasi, Narendra and Vickky. Vinay and Annu are absconding.

Present at the house of Shiv Chaat Bhandar owner Ram Kumar alias Pappu on Tuesday evening to console the family, Chandrama Prasad, who did a similar round of the Nav Durga owner’s house, said, “While all businesses suffered losses to the tune of lakhs during the lockdown, the impact was worst for those who sell food items. They earn from daily sales… the families were reduced to almost beggars. They were recovering somehow, but now this closure of the two shops has spelled doom. They are afraid they will have to spend huge amounts to ensure that their fathers, uncles and sons are freed from jail.”

Ram Kumar’s daughter Rekha Kumari said, “The fight on the street may be laughing matter for the country but all the male members of our family, my father, two uncles and my younger brother, are in jail.”

Ajay Kumar Sharma, the in-charge of Baraut Kotwali Police Station said, “Five persons including a local journalist sustained injuries in the clash. Ten persons have been booked for charges including under Section 307 of the IPC (attempt to murder). We have arrested eight while hunt is on for the remaining two.”

Prabhat Kumar Jain, who owns a jewellery shop a few metres from the chaat shops, says they were left stunned by the free-for-all. “I was busy at my shop when suddenly I heard a loud roar from outside. I sent my helper to see what had happened and was shocked when he said everybody was hitting everyone, with clubs, stones and iron rods. There was a stampede. The clashing shop-owners did not even spare those passing through, including a journalist working with a local Hindi daily.”

Sharma said that but for this journalist, the matter would have died a social media-less death. “The journalist was hit by an iron rod on his right hand and shot the video. The matter even reached the state police headquarters in Lucknow, which enquired about the incident.”

Shop-owner Harshit Jain, whose ‘The Lovely Cosmetic’ is located next to Nav Durga Chaat Bhandar, said, “This is a very busy market. People do their shopping and then go to eateries. Dozens of them have sprung up in the past 20 years. Monday’s incident was the first of its kind.”

Baghpat SP Abhishek Singh has promised the shop-owners “better policing” to avert such clashes. “We have deployed adequate police personnel and no one involved in the mindless clash will be spared,” he told The Indian Express.

That’s what scares Rekha Kumari. “Neither us nor our business rivals are violent people. All that happened was on the spur of the moment, and it has done irreparable damage to both the families.”