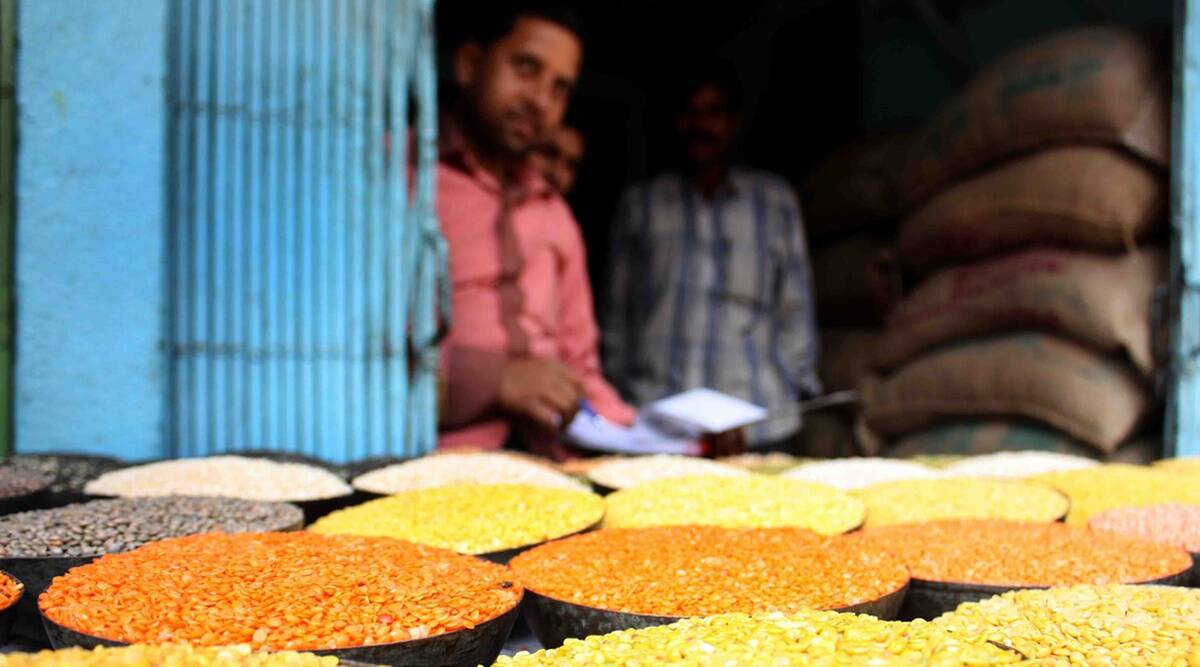 As per the order, stock limits have been prescribed for all pulses except moong until October 31 for all states and union territories. Wholesaler traders can stock 200 tonnes (but not more than 100 tonne of one variety) while retailers can stock maximum of 5 tonnes. As retail prices of daal continue to increase and the long gap in monsoon rain casts a shadow over kharif sowing, the central government has stepped in to control further price rise. On Friday, the Centre brought into effect Stock Limits and Movement Restrictions on Specified Foodstuffs (Amendment) Order 2021, wherein stock limits have been imposed on wholesalers, retailers, millers and importers of pulses.

As per the order, stock limits have been prescribed for all pulses except moong until October 31 for all states and union territories. Wholesaler traders can stock 200 tonnes (but not more than 100 tonne of one variety) while retailers can stock maximum of 5 tonnes. Daal millers can stock 25 per cent of their annual installed capacity or the last three months of production, whichever is higher.

When these steps failed to have the desired cooling down effect on prices, the central government tweaked the import policy by shifting tur, urad and moon — all three major kharif pulses — from restricted to free category from May 15 to October 31.

For most part of the year, pulses have traded either above or very close to their Minimum Support Price (MSP). Retail pulses of most daals have been between Rs 130 to Rs 100 per kg mainly because of supply constraints in the markets.

However, the decision to impose stock limit, even as kharif sowing is underway, has come as a shock for traders.

Bimal Kothari, vice-chairman of India Pulses and Grains Association (IPGA), the apex body of pulses and grains trade in the country, termed the move shocking. “This move will hurt the trade, consumers and farmers. It seems this policy was drafted without application of mind and it didn’t take into consideration how trade is conducted,” he said.

For importers, the stock limit of 200 tonnes with a cap of 100 tonns for one variety hardly made sense, said , Kothari. “The commodity is imported in bulk containers, with individual trades normally importing above 5,000 tonnes of a single pulse,” he said.

Usually, it takes around 30 days for the containers to arrive by sea and thus the stock limit of 200 tonnes of combined pulses doesn’t make business sense for them.

“On an average, India requires 35 million tonnes of pulses per year and this year, keeping in mind the shortage, the government had rightly allowed open imports. But this notification just clamps down on all steps taken to increase availability of pulses taken so far by the government,” he said.

A direct effect of this notification would be crashing of wholesale prices once the mandis start on Monday. With kharif sowing underway, this will impact the decision of farmers on whether to go for pulses or other crops this season.

“On one hand, the government talks of doubling farmer’s income and on the other hand, steps are taken to reduce prices,” said Kothari. He said the IPGA will take up the matter with the government and ask for a repeal of this notification.