The Jammu and Kashmir Reorganisation Act, 2019, framed by the Modi government following scrapping of the special status to J&K, had fixed the 2011 Census as the basis of delimitation. 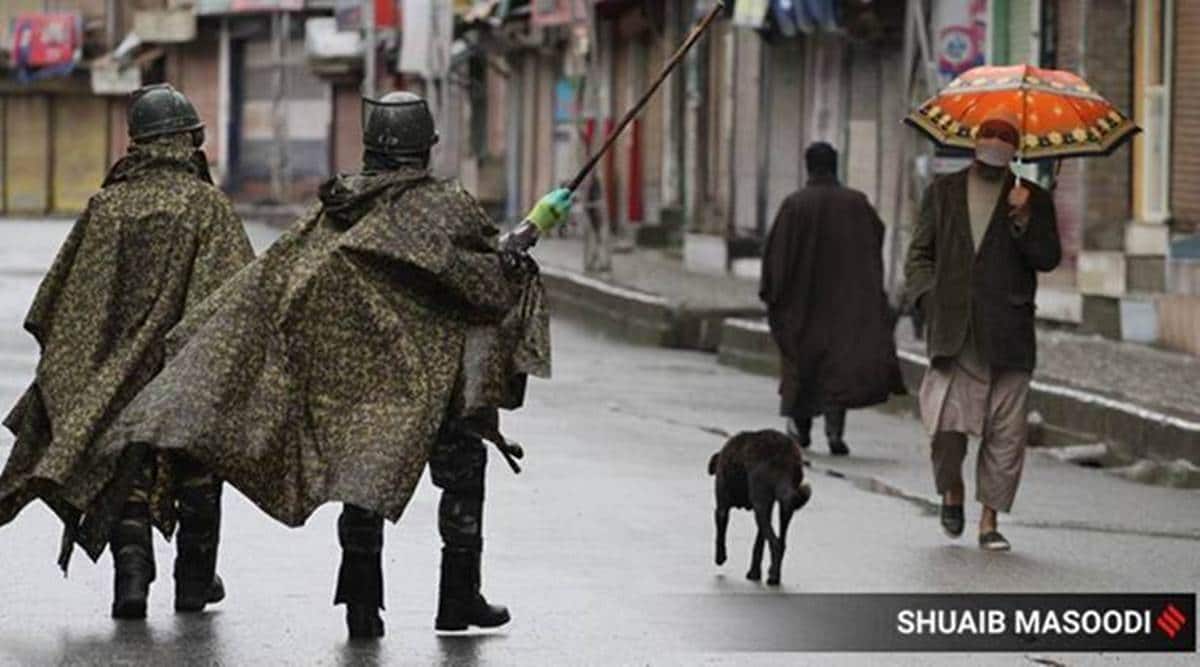 IN ITS representation to the Delimitation Commission, which is in Jammu and Kashmir to elicit views of parties on the exercise, BJP delegations from Jammu province have opposed the redrawing of constituencies on the basis of the 2011 Census alone. One team demanded that electoral rolls be taken into account to determine the populations of the provinces.

The Jammu and Kashmir Reorganisation Act, 2019, framed by the Modi government following scrapping of the special status to J&K, had fixed the 2011 Census as the basis of delimitation.

Former minister and BJP UT general secretary Sunil Sharma said they were opposed to the use of the 2011 Census as a “lot of fudging” had been done in its figures. “As electoral rolls are updated every year, so on their basis the population ratio should be worked out,” he said. A BJP delegation from the districts of Kishtwar, Doda and Ramban, led by Sharma, raised this demand before the panel in Kishtwar.

A separate party delegation led by its UT president Ravinder Raina that met the panel in Jammu city said that previous delimitation exercises have been “lopsided” to favour a region, adding that while Census 2011 had to be the basis, it must be kept in mind that “illegalities are germane” in its operations. It suggested use of Aadhaar data to check “artificially inflated population” data.

Other parties in Jammu province are already opposed to using the 2011 Census to determine delimitation. The Census had put J&K’s total population at 1.22 crore, with 68.88 lakh in Kashmir province and 53.78 lakh in Jammu. Jammu parties claim these figures were fudged in favour of Kashmir.

In comparison, the gap between voters in the two provinces is much lesser: 37.33 lakh voters in Jammu, compared to 40.10 lakh in Kashmir, as per data presented by the government in Parliament in 2019.

Advocate Ankur Sharma, the Chairman of right-wing IkkJutt Jammu, asks how Jammu’s population grew at a slower pace than Kashmir’s from the 2001 Census, despite the large-scale migration of Pandits and Sikhs from the Valley to Jammu following the rise of militancy in the 1990s.

J&K is to be the only state or UT to undergo delimitation based on the 2011 Census. The last readjustment for other states and UTs was done on the basis of the 2001 Census, and is to be next carried out as per the 2021 Census.

J&K last saw a delimitation exercise back in 1995.

The Jammu and Kashmir Reorganisation Act provides for a new Legislature in the UT with 90 seats, plus 24 reserved for PoK constituencies. This entails seven extra constituencies from the previous Legislature, with intense speculation that these may go to Jammu province. In the outgoing House, Jammu had 37 seats and Kashmir 46 (apart from the four of Ladakh, which is now a separate UT). In the last Assembly elections, the BJP had won 25 seats, all in Jammu.

In his first meeting with parties from J&K since the scrapping of special status recently, Prime Minister Narendra Modi had suggested that delimitation would be the first step towards holding elections in the Union territory.

In its representation before the Delimitation Commission in Srinagar, the National Conference had said that ideally the exercise should have been carried out after restoration of statehood, and asked what would happen in 2026, when the rest of the country undergoes delimitation after the results of the 2021 Census. While the PDP had boycotted the panel, the CPM said the 2011 Census should be the guiding frame for the current delimitation exercise.

The BJP delegation that met the Delimitation Commission in Jammu city, which included former Deputy Chief Minister Kavinder Gupta and ex-Assembly Speaker Dr Nirmal Singh, also demanded unfreezing of eight of the 24 Assembly seats reserved for PoK to grant reservation to people displaced from the area, as well as Kashmiri Pandits, SCs and STs.

The Sunil Sharma-led BJP delegation argued that uniform population criteria not be applied for carving out Assembly constituencies in the plains and hilly areas. He pointed to “the vast hilly terrain and scattered population” in hill areas.

The other delegations that met the Commission included one representing displaced minorities from Kashmir, with senior BJP leader Ashwani Kumar Chrungoo, IPS officer Yoginder Kaul and Sardar Prem Singh Raina, president of the Kashmiri Sikh Displaced Forum. They asked it to reserve five seats in the Assembly for minorities in Kashmir, besides a Lok Sabha and Rajya Sabha seat.

The National Conference delegation led by Devender Singh Rana asked the Commission that all parts of the region be given their due.

A National Panthers Party delegation sought equitable division of the 90 constituencies between the Jammu and Kashmir divisions, saying otherwise it will lead to public unrest.

Congress leaders stressed that restoration of statehood was paramount for any meaningful delimitation.

A delegation of Apni Party led by general secretary Vikram Malhotra urged the Delimitation Commission to visit the far-flung areas of Pir Panjal so as to involve all the stakeholders, and demanded a parliamentary constituency for the region.