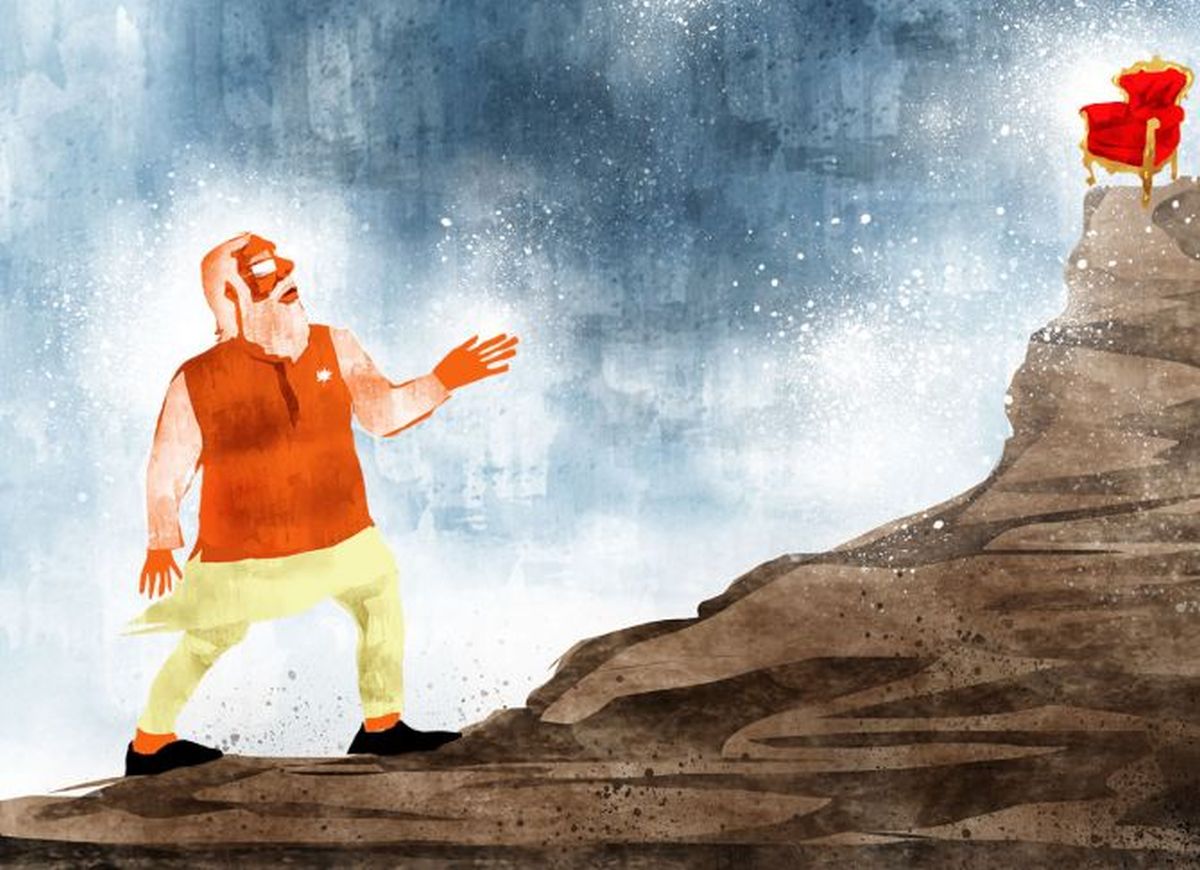 After 2014, our growth has been average of around 5%.
If this continues, we will remain here like Egypt, Brazil, South Africa and Bangladesh, points out Aakar Patel.

India has overtaken the United Kingdom to become the world’s fifth largest economy.

This is the second time we overtook the UK, the first being a few years ago. But as our growth slowed, we fell behind again.

The nations ahead of us are Germany, Japan, China and the United States.

That two of the four are Asian nations gives us hope that we can also become a developed and wealthy nation.

The overall size of a nation’s economy is one way of looking at gross domestic product.

The other way is to look at per person GDP. India’s population is 20 times more than UK’s and so we must keep that in mind when we exult.

Upper middle-income economies are those with per capita national income of between $4,046 and $12,535. Above that is high income.

An interesting facet of these three economically successful Asian nations is that their highest growth rate phases of came when they were where we are today.

The most recent story has been that of China. It is also the one that should interest us most because China has as large a population as ours. And it was as poor as us at one point in time.

On the other hand in the same period, we grew at 6%. To grow at 15% per year is an astonishing feat which we have never achieved ever, but these three nations have achieved it in sustained fashion over several years to escape poverty.

What is their secret sauce? Japan was able to create consumer brands of the highest quality in the world, like Toyota, Sony, Honda, Panasonic, Yamaha and so on.

Consumers in all nations were willing to pay for their cars, pianos, walkman sets and TVs. They also had industrial companies like Mitsubishi.

China did not follow the exact same route, but became the world’s manufacturing hub.

Businesses relocated or set up operations in China because of costs and efficiency gains.

All three nations also moved up what is called the value chain and developed industries in the manufacture of electronics and semi-conductors.

For India to repeat their success, we will have to figure out how to do what they did but that is not the only way to get there.

Cuba ($10,000) has a life expectancy, per capita income and health and education of world class standards despite not having an open economy and being under severe sanctions.

There is also another way, in which other nations which are today called developed, achieved prosperity in the modern era.

And that is through having transparent and functional democracies, including with an independent judiciary and criminal justice system.

These are things only democracies can provide and not tyrannies and for this reason, this particular route is closed to those nations which are authoritarian.

India is today on the cusp in the same way as Japan, South Korea and China were when they were at around $2,000 per capita.

Can we make the leap like them? All of us surely want this and it would be great for the world as well.

But something must shift for this to happen.

This is not just about political parties: Global trade boomed in that period and therefore our exports rose exponentially.

That boom has now gone and we can no longer take advantage of it.

After 2014, our growth has been average of around 5%. If this continues, we will remain here like Egypt, Brazil, South Africa and Bangladesh.

The fact is that it is only the rare nations that succeed economically.