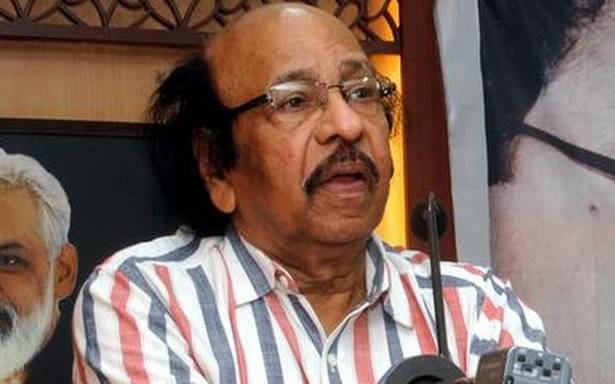 ‘Country’s literary histories must represent its diversity, religions and cultures’

Noted poet and critic K. Satchidanandan has stressed the relevance of “democratising” Indian literature to amplify suppressed voices and broaden the space for dissent.

He was speaking while launching the 90th issue of the peer-reviewed journal Littcrit and delivering the 15th P.K. Rajan Memorial Lecture on ‘Indian Literature: A Case for Plurality’ here. P.K. Rajan, the former Vice-Chancellor of Kannur University, was the founding editor of the journal.

Dr. Satchidanandan said that the country’s literary histories must represent its diversity, religions, races, cultures and languages, and also “make the inaudible audible”. “Minorities, Dalits, tribals, the working class, peasants and the economically-backward sections must all be represented in literature as well as in every spheres of governance to achieve complete democracy. We cannot claim to have one as long as we have only the representatives of the upper classes who claim to speak for the subaltern,” he said.

Taking a leaf out of the book of Malayalam poet Vyloppilly Sreedhara Menon who famously referred to poets as the society’s ‘golden opposition’, he said littérateurs were obliged to speak about the failures, inadequacies, conflicts and contradictions within the existing system to achieve a more egalitarian and just society.

According to Dr. Satchidanandan, plurality and diversity were being challenged by the governors of the country to construct a “monolithic India”.

All forms of plurality, be it ethnic, religious, linguistic or cultural, faced the extreme danger of standardisation, he said.

“Literature is a space for democratic politics. Diversity becomes central to any idea of literature, particularly in the case of Indian literature, which consists of several regional and linguistic literatures. Various regional cultures that have all contributed to the Indian culture are being either marginalised or challenged now. Voices of dissent were being continually suppressed. This is a sign of growing authoritarianism in the country,” the poet lamented.

Pointing out that there have been several futile attempts to deconstruct Indian literature, he said it was one in the making. Similar to India as a whole, Indian literature “is a process, rather than a product.”

It could be created only by invoking the several regional cultures, literatures and ways of expression. From the arduous task, a new genealogy and cartography of literature might finally emerge, he added.

Dr. Satchidanandan summed up the vastness of the multi-lingual Indian literature by analogising it to an endless dense forest. Single-language cultures were, contrastingly, akin to pruned gardens, according to him.