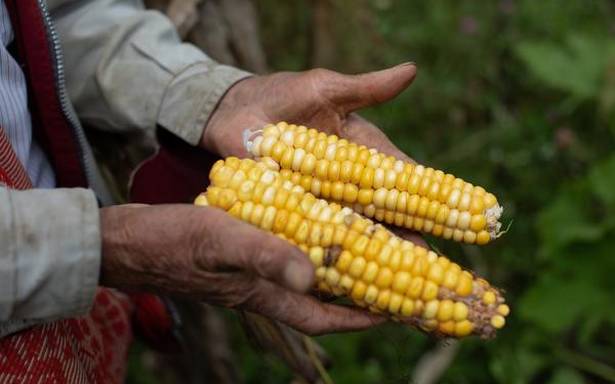 India has stepped up corn exports as a rally in global prices to their highest since 2013 has made shipments from the South Asian country competitive, easing concerns about rising food inflation in Southeast Asia.

Indian exporters have signed deals to sell around 4,00,000 tonnes of corn for shipment in June to July to animal feed producers in Vietnam, Malaysia, Sri Lanka and Bangladesh, according to two Singapore-based feed grain traders.

Cheaper corn supplies from India would keep the cost of animal feed lower for consumers of meat and chicken in Asia, who are among the most vulnerable to high food prices.

Benchmark Chicago corn futures have more than doubled since August on rising Chinese demand and declining production in key exporter Brazil. In early May, prices hit their highest since March 2013 at over $7 a bushel.

“India has been active with cargoes being shipped to Vietnam and Malaysia,” said one of the sources, a Singapore-based trader at an international grains trading company. “Bangladesh and Sri Lanka have also been taking Indian corn. Now, there is interest from South Korea as well.”

Indian corn is being quoted at $295-$300 a tonne, including cost and freight (C&F), for sale to Southeast Asia as compared with $330 a tonne, C&F, for South American corn, the two trading sources said.

“Indian supplies are much cheaper for South Asian markets than shipments from Latin America or the United Sates because of lower prices and freight,” Amit Sachdev, the India representative of the U.S. Grains Council, said.

AgRural, a Brazilian agribusiness consultancy, last week cut its forecast for the country’s second corn crop because of severe drought, adding that yields are expected to fall to a five-year low this season.

The health of the U.S. corn crop, the world’s biggest, is also being questioned amid hot and dry weather. Chicago corn futures have climbed more than 40% in 2021 as deteriorating U.S. crop conditions support prices.

“Until mid-2020 Indian prices were higher than global prices,” said a Mumbai-based grains dealer at a global trading firm who booked corn shipments to Southeast Asia for March to May.

“But due to the recent rally in global prices, Indian corn has become competitive in the world market. Local demand from the poultry industry is also a bit subdued because of the coronavirus outbreak. That is helping us to export more.”

Indian exports are expected to reach around 2.6 million tonnes in 2021, the highest in seven years, traders and analysts estimated.

However, total Indian corn supplies are likely to be limited by competition from other crops.

“Farmers are likely to reduce area under corn crop this year as soybeans and pulses are giving them better returns. If that happens, surplus for exports will be limited,” said a second Mumbai-based grains dealer.