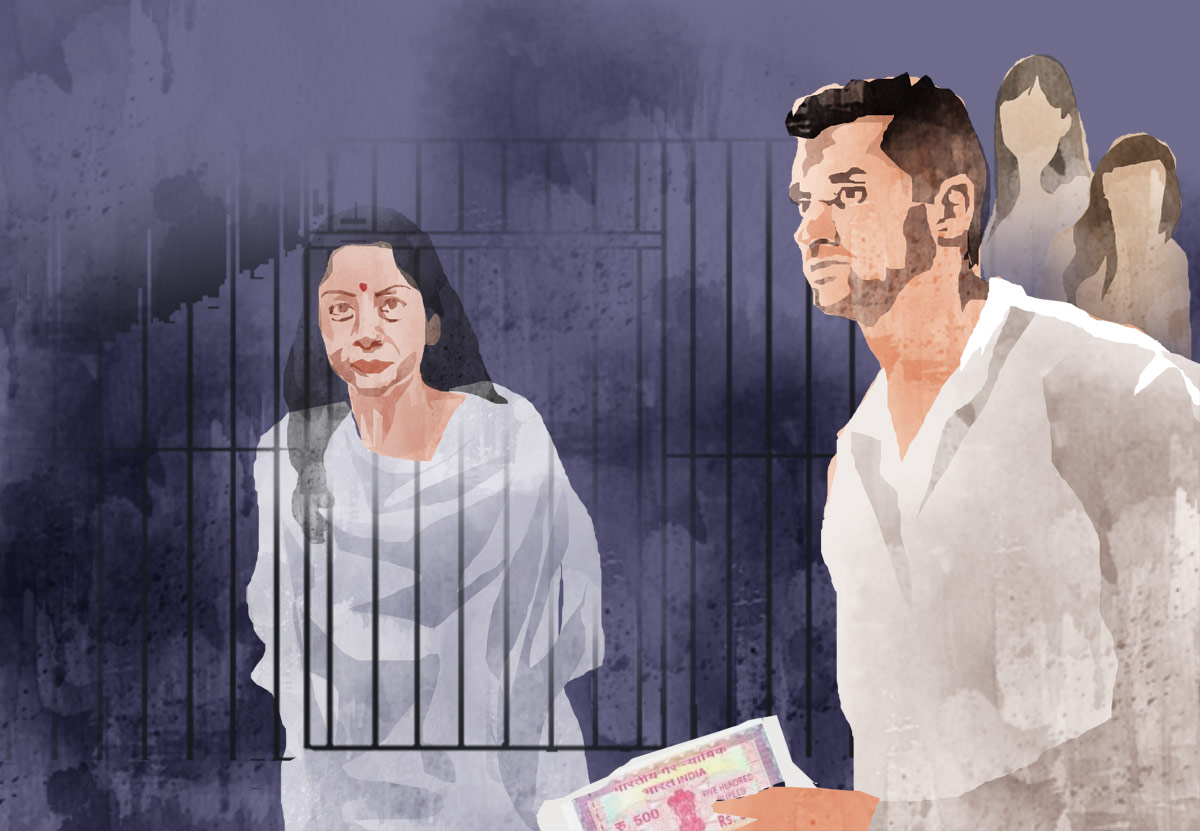 Rahul Mukerjea’s two-day cross examination in early November left many questions unanswered even as new ones came to the fore in the Sheena Bora Murder Trial, reports Prasanna D Zore.

Sangle’s cross examination also brought to fore how hard-pressed Sheena and Rahul were for money when they lived together, that Sheena had to arrange for a deposit of 1,000 pounds for doing a master’s course at the Oxford Brookes University in the UK in March 2012, that Sheena had told Rahul she couldn’t afford taking two different loans.

While Rahul mostly remained calm and composed throughout eight odd hours of Sangle’s cross examination spread over November 2 and 3, at times he sparred with Indrani Mukerjea’s lawyer over usage of certain words and terminology.

And there were times when he showed his nerves as was evident from his wiping sweat off his face with his shirt and the long pauses he took for his calibrated responses.

“Rubbish!” Rahul raised his voice when Sangle claimed that Sheena was scared of him and he would often beat her up and smash her belongings.

Sangle: During February (2012) you were having fights with Sheena.

Rahul: Not true. We were on the same side.

Sangle: Correct or not correct (that you were having arguments and fights with Sheena)?

Sangle: During your arguments she would always keep quiet?

Sangle: Because of her behaviour, you were getting frustrated.

Rahul (raising his voice): That’s not true at all. I never really got frustrated with Sheena.

Sangle: Sheena was really very scared of you.

Rahul (in a raised voice): RUBBISH!

Sangle: Out of your frustration you would break her stuff?

Rahul: RUBBISH! Is he really expecting me to answer these questions?

Sangle (trying to work up Rahul): You would hit her and smash her belongings…

Rahul (calmly, as if he has seen through the lawyer’s ploy): I deny.

A few minutes later the defence lawyer, after showing three text messages to Rahul, alleges that he had an affair with a girl named Reshma even as he carried on with Sheena Bora.

Rahul pierces through the page handed over to him by the special CBI court’s staff and gathers himself up before he begins another verbal duel with Sangle.

Rahul: The contents of these three messages are correct.

Sangle: This Reshma was a girl you were having an affair with apart from Sheena.

Rahul: It (Reshma) was Sheena’s nickname.

Sangle: Instead of sending these three messages to Reshma, you sent them to Sheena.

Rahul: Many times I would mockingly or lovingly refer to Sheena as Reshma; that was sort of banter between us.

At this moment, before Sangle could ask his next question, Indrani Mukerjea comes out of her box to have some discussion with her lawyer.

Sangle (repeating himself): You sent these messages to Sheena by mistake instead of sending them to Reshma.

Sangle: I put it to you that you never addressed Sheena as Reshma.

Rahul: I would occasionally, lovingly to tease her.

Sangle: Is that the reason why this alleged name or nickname (for Sheena) appears only thrice in over thousands of messages you exchanged with Sheena?

All through Sangle’s cross examination revolving around the SMSes and e-mails Rahul would agree to the contents of the said messages even as he kept on disagreeing or denying the timings of dates when these messages were exchanged.

This cat-and-mouse game of agreement to contents of messages and disagreement over their dates and timings between the prime witness and the defence lawyer often tested their patience but none made their discomfort visible.

Did Rahul and Sheena try to ensnare Indrani?

At one point during his cross examination Sangle alleged that it was Rahul and Sheena planned her disappearance and planned it so meticulously that Indrani actually believed it.

Building up on sequence of events on the day Rahul allegedly made Sheena disappear, Sangle showed Rahul messages numbered 1240 and 1239 — as per an exhibit in the chargesheet — exchanged between him and Sheena on that day.

Sangle: Sheena Bora’s mom Indrani Mukerjea had called her again (as per Sheena’s SMS to Rahul).

Sangle (in your response to this message to Sheena two hours later): You laughed and said both of you knew she would and asked her for next move?

Sangle: You and Sheena together planned her disappearance?

Sangle: You were expecting yet another call from Indrani Mukerjea. You knew she would call again.

Rahul: It appears so as per the document (the exhibit showing the exchange of these alleged messages).

Sangle: But in doing so Indran Mukerjea had fallen in your trap?

Rahul (with emphasis): There was no trap for Indrani.

Sangle: You asked Sheena about next move?

‘Indrani is not my parent’

This was one of those rare moments when Rahul while being cross examined by the defence lawyer caught him off guard. This was when Sangle was grilling Rahul about the allegedly selective recordings of telephone conversations that Rahul had with people he suspsected could be behind Sheena Bora’s disappearance, including his ‘parents’.

Sangle: You had allegedly started recording telephonic conversations of people who you suspected?

Rahul: Not allegedly. I actually started recording those conversations.

Sangle: Didn’t you record all conversations with your parents selectively?

Rahul: Not my parents. Indrani Mukerkea is not my parent. You must change your terminology.

Sangle (correcting himself): Didn’t you allegedly selectively recorded conversations between your biological father Peter Mukerjea and his wife Indrani?

For the remainder of his cross examination after this episode Sangle very consciously, with emphasis, would use the phrase ‘your biological father Peter Mukerjea and his wife Indrani’.

During his deposition Rahul made it clear that he had no inkling about either the original will of Sheena’s grandfather or of Indrani Mukerkjjea that was found in Sheena Bora’s possession, and after her disappearance in Rahul’s possession.

Sangle: Sheena Bora’s grandfather’s original will was recovered from your custody.

Rahul: But I don’t know if it was original or not. You are confusing me with your questions.

Sangle (almost unable to control his laughter): How did it (the original will) come into Sheena’s or your custody?

Rahul: She brought it with her from her (grandfather‘s) home in Guwahati in my presence along with her other personal belongings. When she disappeared it came into my custody.

Sangle: Do you know what a will is?

Rahul: I have some idea what a will is.

Sangle: A will about a flat in Delhi that was made by Indrani Mukerjea was also found in your custody?

Rahul: Among other documents there was a document that said something about a flat in Delhi. I handed all the documents to the investigators.

Sangle: But the question remains how Indrani Mukerkea’s will came into Sheena’s or your possession…

Admittedly, be it about Rahul Mukerjea’s alleged affair with some girl named Reshma or Rahul’s and Sheena’s alleged plan to trap Indrani or how the said original wills belonging to Sheena’s grandfather and Indrani came into Rahul’s possession raise many questions then they answer.