‘The FY2023 inflation outcome is likely to exceed the RBI’s current forecast by a wide margin.’ 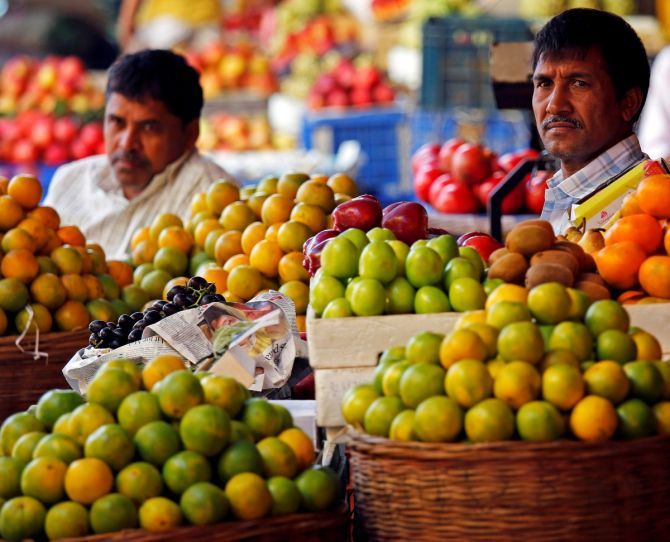 Then came the RBI hiking the repo rate.

The Oxford Economics report says, ‘We are less convinced that the real policy rate will turn positive as quickly as the market is anticipating’.

As per the report, India’s inflation is yet to peak.

“The rate hike is justified and there is a strong case for frontloading future hikes to restore the RBI’s credibility,” Priyanka Kishore, Head of India and SEA (South East Asia) Economics, who wrote the Oxford Economics report, tells Rediff.com‘s Shobha Warrier in the first of a two-part interview: 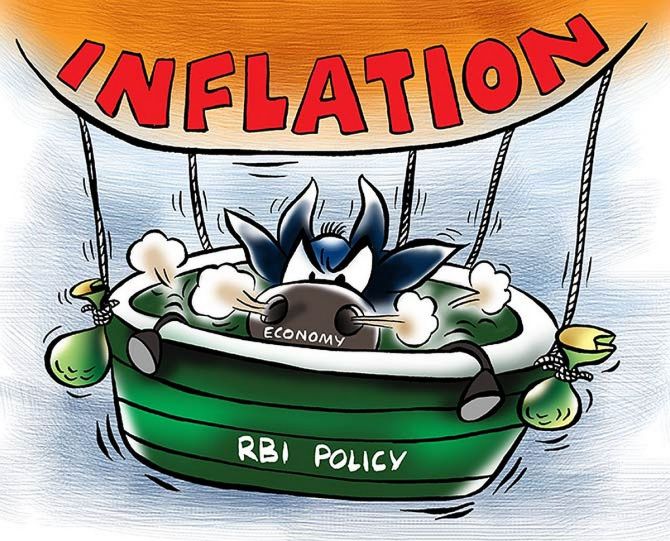 I thought using this popular cricket phrase was appropriate.

The RBI’s decision to hike the policy rate, though unscheduled, must have come as a relief to many India economists, including me.

I have been highlighting the macro-financial risks of kicking the monetary tightening can down the road for a while now.

The criticism by some economists is that the RBI was just following what the United States and Western Europe were doing where there was liquidity in the market but not so in India. Do you agree?

The manner in which the rate hike cycle was executed — a 40bp move just before the Fed was expected to hike 50bp — has triggered speculation that risks of portfolio outflows and a depreciating rupee, that would add to upside inflation pressures, pushed the RBI to act before June.

There is probably some merit in this argument.

But I do not see an obvious reason for the RBI to move in step with the Fed going forward.

Even with the 200bp Fed rate hike expected this year, the spread between the India and US real policy rate will remain positive, although narrowing through to year-end. 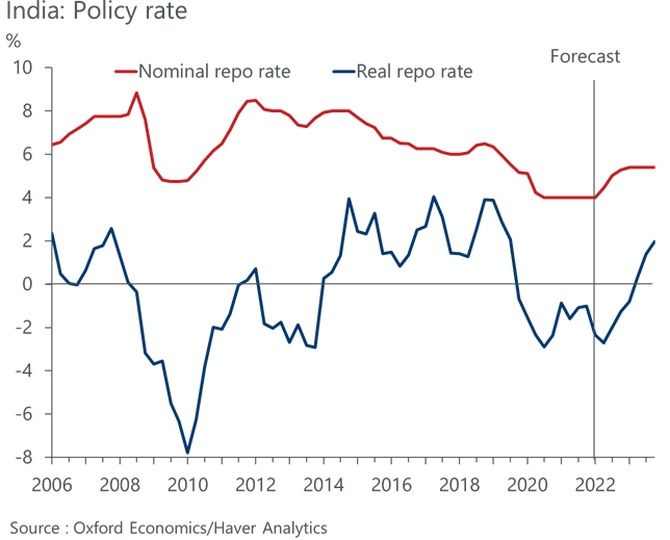 The RBI is said to have hiked the repo rate because of food and fuel inflation. Do you think it is justified?

Yes, I think the rate hike is justified and there is a strong case for frontloading future hikes to restore the RBI’s credibility and re-anchor inflation expectations that have been trending up since 2020.

The RBI’s preferred measure of the core inflation, which excludes motor fuels in addition to food and fuel light, has held above 5% for several months now and climbed above 6% in March and April. 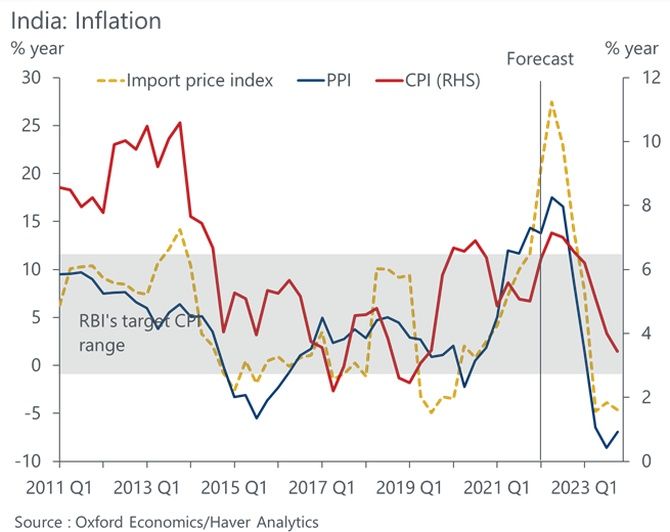 Your report said inflation is yet to peak, and it is likely to rise to 7%. Now, retail inflation has soared to an 8-year-high of 7.79%. Where do you see it going?

Inflation is now likely to average above 7% in Q2 and Q3 amid a delayed passthrough of global price increases and rising price pressures domestically.

After that, we can expect a slow downtrend due to lingering cost pressures and the delayed impact of monetary tightening.

In all, the FY2023 inflation outcome is likely to exceed the RBI’s current forecast by a wide margin. I expect it to be between 6.7%-7%.