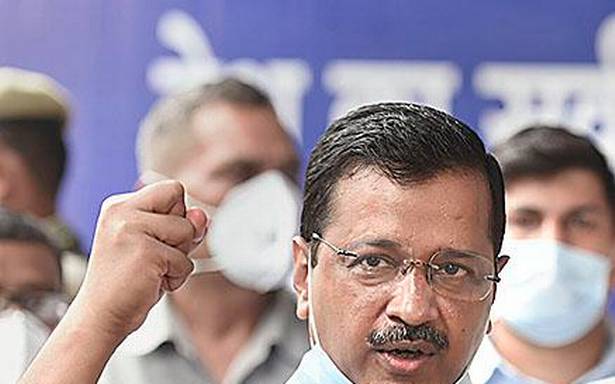 As the Aam Aadmi Party (AAP) prepares to battle it out in the coming Punjab Assembly election, finding a native leader with a State-wide appeal in order to pose a challenge to heavyweights such as Parkash Singh Badal of the Shiromani Akali Dal (SAD) and Congress leader Amarinder Singh seems to be a big challenge for it.

In June last, AAP supremo and Delhi Chief Minister Arvind Kejriwal declared in Amritsar that a member of the Sikh community would be the party’s Chief Minister ‘face’ in Punjab. However, with polls due early next year, the anxiety among the party cadre is growing.

Some political observers and party insiders feel that sooner the party announces the leader, the better it would be for its electoral prospect.

“The playing field in the coming polls is wide open amid the ongoing infighting within the ruling Congress. The AAP has an opportunity to make an impact, but they need to get their act together. It is repeating the mistake it did in the 2017 polls by not announcing a ‘local’ face to lead their campaign. Only few months are left for the elections, and by this time, they should have set up a team. They need a local face, otherwise they will have to seek vote in the name of Arvind Kejriwal, as they did in 2017. The AAP needs to avoid such a situation, as the ‘outsider leadership’ tag had apparently hadn’t worked in its favour,” said Ashutosh Kumar, professor, political science department of Punjab University.

Notably, several AAP members have come out in support of party’s two-time Lok Sabha member Bhagwant Mann. They demanded the central leadership to announce him as the leader.

A party member, requesting anonymity, stated a section of the cadre believed that time was running out and the leadership should immediately announce the leader. “The delay is only letting down the morale of volunteers. We need to hit the ground with rallies and approach the voters,” he pointed out.

A party source asserted that the party had been deliberating on finalising the leader and it could be announced once the election schedule is declared by the Election Commission of India.

Punjab-based noted writer and political analyst Desraj Kali observed that the road ahead for the AAP was not without challenges. “While there seems to be an inclination among Dalits and small farmers towards the AAP in the Malwa and Majha regions, finding a leader with a mass appeal across the State is a challenge for the party,” he highlighted.

Leader of the Opposition in the Assembly, Harpal Cheema of the AAP, stressed that the party would announce the CM’s face at an appropriate time.