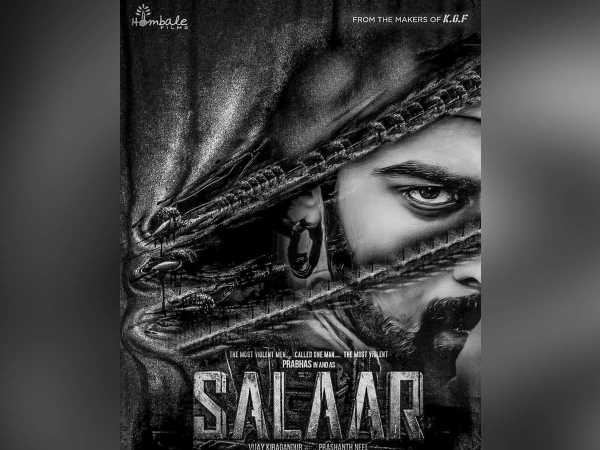 Prabhas became a Pan India star thanks to SS Rajamouli’ Baahubali series – Baahubali : The Beginning and Baahubali 2: The Conclusion. After Rajamouli’ magnum opus, he came up with Saaho and Radhe Shyam but both the movies disappointed the movie lovers.  He is one of those few actors who now not only enjoys a fan base from a particular place or region but has a pan india following.  He has won millions of hearts across the world and is now back with yet big movie titled ‘Salaar’. A fan made first look poster of Prabhas from Salaar is going viral on the social media.

Even though the movie has not been launched officially, it’s poster is grabbing the attention of everyone.  The first look poster of Prabhas is not released by the makers, it is heard that an enthusiastic fan made this poster and revealed Salaar Agamanam at 12:58 PM today.

The poster features the mass avatar of Prabhas. Have a look at the First Look of Salaar.  You will surely fall in love with this fan made poster of Prabhas.

On the auspicious occasion of India’s 75th Independence Day, Prabhas is going to give his fans another gift by releasing the first unit for  Prashanth Neel’ magnum opus ‘Salaar’.