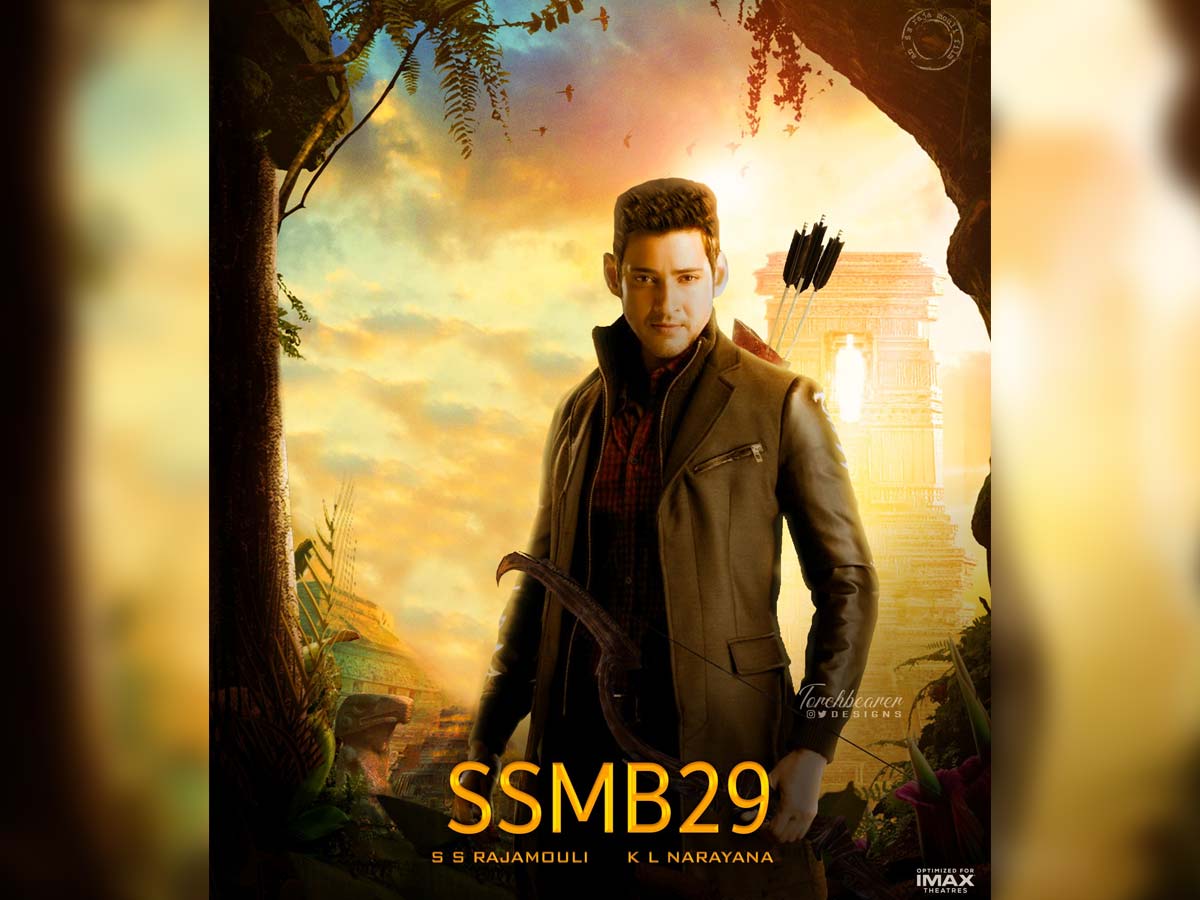 It’s hard to contain the excitement of   Telugu superstar  Mahesh Babu over the upcoming much awaited yet to be titled film #SSMB29, which will be helmed by none other than  SS Rajamouli of Baahubali and RRR  fame. Here is a fan-made edit of #SSMB29 poster and his die-hard fans are loving it on social media.

The upcoming film #SSMB29  will be produced by KL Narayana under his banner, Durga Arts. Earlier during an interview,  Vijayendra Prasad, father of SS Rajamouli,  and the writer of #SSMB29, had shared details about the film. He said that their  movie will be a jungle-based adventure. Set in Africa, the film will see Mahesh Babu in a new avatar.  It will be a Telugu-Hindi bilingual.

On the otherside, currently Telugu superstar Mahesh Babu is working with Parasuram for an upcoming film Sarkaru Vaari Paata, which has Keerthy Suresh as the leading lady and it will be released on 1st April.

Rajamouli: I am not thinking about Mahesh Babu

Jr NTR says to Mahesh Babu: Rajamouli will make you play all games