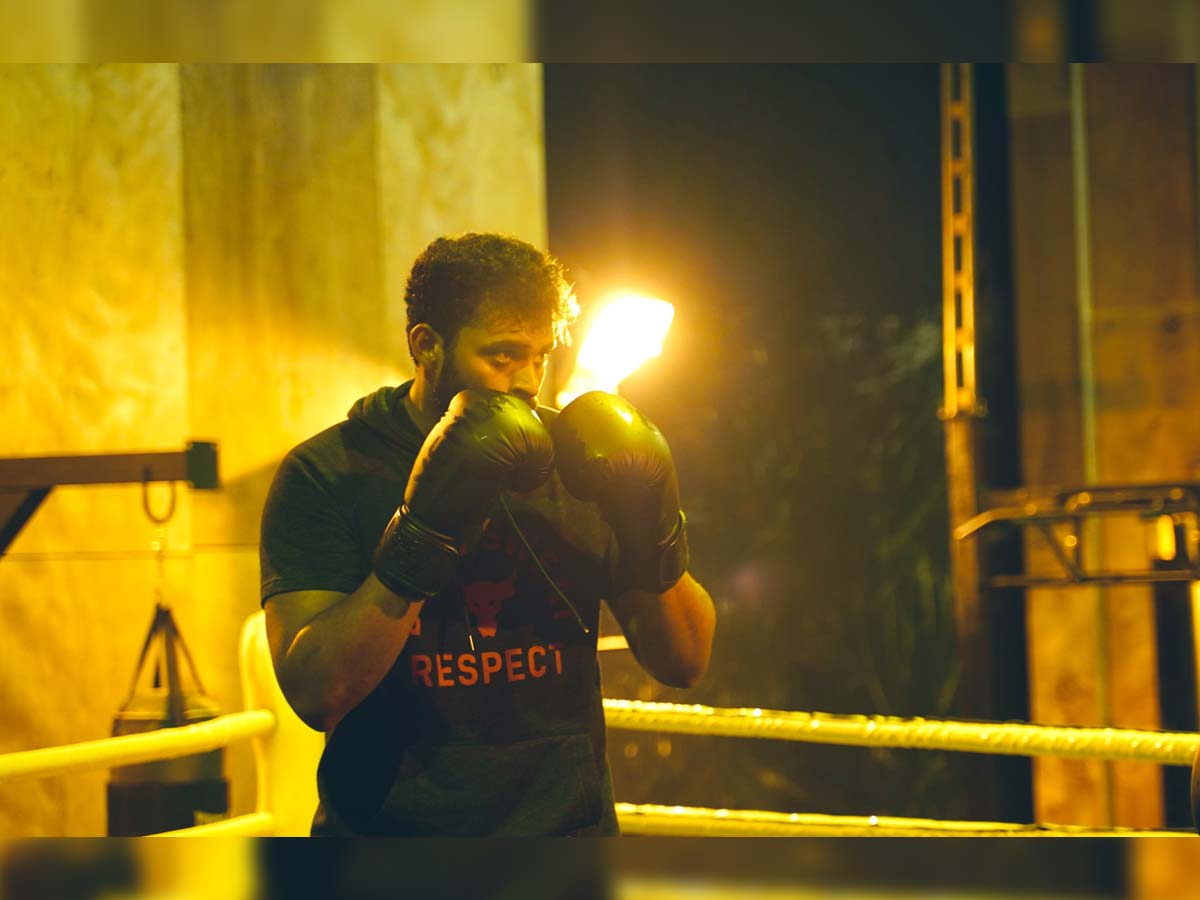 It is known fact that Young actor Varun Tej is currently working for a sports drama Ghani which is one of the much hyped movies of Tollywood. Varun Tej undertook training from Tony David Jeffries, the former England boxer who bagged a bronze in the 2008 Olympics. Ghani, in which Varun Tej is playing the role of a boxer, is presented by Mega producer Allu Aravind and backed by Sidhu Mudda of Renaissance Films and Allu Bobby of Allu Bobby Company.

The makers of Ghani have wrapped up the couple of schedules  and now they have decided to take a break due to the second wave of coronavirus. Varun Tej himself confirmed the same by sharing a post on his twitter and said,  “Gloves off, will resume Ghani shoot soon!”

The reports are coming that the makers are planning to resume the shoot from early June. Saiee Manjrekar is playing the female lead  in Ghani and the upcoming sport based drama marks her debut in Telugu film Industry. Apart from the lead pair, the film also has versatile actor Jagapathi Babu, Kannada actor Upendra, Bollywood actor Suniel Shetty, Naveen Chandra and others in the supporting roles.

Varun Tej starrer Ghani has music by S S Thaman whereas the cinematography is being handled by George C Williams.