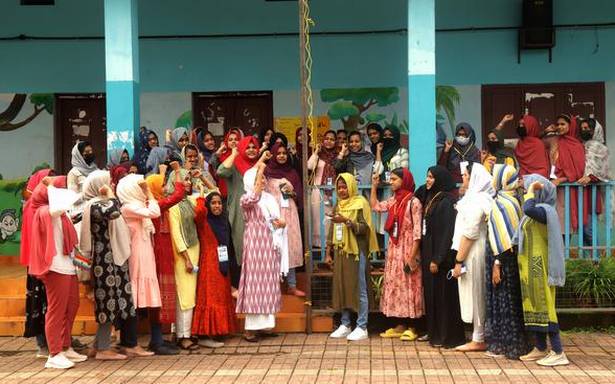 The Indian Union Muslim League (IUML) has begun earnest attempts to efface allegations of gender inequality raised against the party in the wake of a recent controversy over its woman student wing Haritha.

The party had faced a barrage of criticism from various corners over the manner it treated the State leadership of Haritha in connection with the latter’s complaint of sexual harassment against a few leaders of the Muslim Students Federation (MSF). The IUML dismissed the Haritha State committee and acted against a few leaders who supported the rebellious Haritha leadership. The party’s action against Haritha members was perceived by some as partisan and discriminatory.

However, apart from silencing the voices of dissent, the IUML roped in senior woman leaders such as Noorbina Rasheed to speak up in such a manner as to reassert that obedience should be the hallmark of good women. As part of its efforts to give shape to a fresh women corps, the party leadership has chalked out a series of programmes, including workshops and training sessions.

Inaugurating a day-long leadership training session at Pookkottur near here on Saturday, IUML district president Sayed Sadikali Shihab Thangal, who holds charge of the State president, called upon Haritha members to be the fresh hopes of society.

“Like nature provides the air we breathe, you have to prove yourselves essential in the building and upkeep of our society. Your empowerment will benefit society,” said Mr. Thangal.

He exhorted Haritha to take up the role of equipping women students with necessary skills to face the challenges of modernity politically and socially. Haritha district president K. Thwahani presided over the function.