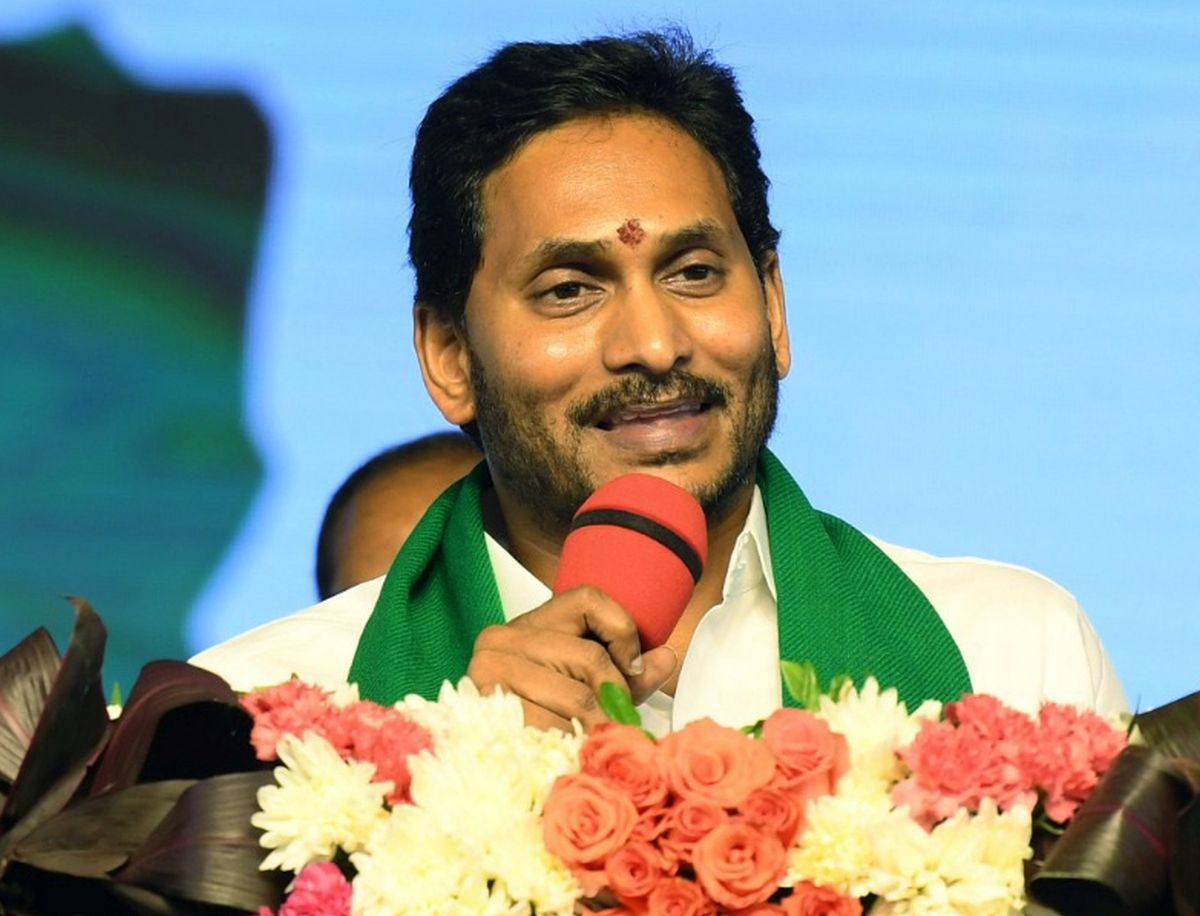 If Andhra Pradesh’s middle class is denied salaries and pensions or, if these are delayed, it will rise against Jagan Mohan Reddy with the same fervour with which it voted him in.

Muthuvel Karunanidhi stayed party president for more than 50 years and the Dravida Munnetra Kazhagam informed the Election Commission of India that it had changed the party constitution, appointing Karunanidhi president for life.

This means he can lay claim to the chief ministership after all elections (if his party has the numbers) for at least the next 30 years. He is only 49.

On the day this happened, his mother Vijayalakshmi (better known as Y S Vijayamma), the late AP CM Y S Rajasekhara Reddy’s widow announced in her speech that she had resigned from her position as YSRCP chairman to help daughter Sharmila set up the party’s neighbouring Telangana unit.

It is not quite clear what the relationship between the two parties will be.

Although she has never fought an election, when her brother was in jail on corruption charges in 2013, it was Sharmila who held the fort and campaigned in his defence via padayatras.

Her role since then has been organisational and behind-the-scenes. She might have got a bit weary of this.

That there were differences between the brother and sister was obvious when Sharmila launched the Telangana chapter of the party and Jagan skipped it.

Will competition turn into rivalry?

Jagan’s landslide win in May 2019, winning 150 seats of the 175 in Andhra Pradesh, was almost entirely his own effort.

Since then, the YSRCP has gone from strength to strength: it now controls all the urban and rural local bodies in AP, with the Opposition Telugu Desam Party virtually finished.

It notched up its latest victory in the Atmakur assembly constituency earlier this year where it won an assembly by-election by a margin of 80,000-plus votes.

This is the YSRCP’s third plenary since its inception and the first one after it came to power in 2019.

In earlier instances, the party had elected Jagan as party president, unopposed. So he may feel this is a job he has earned.

But now, there are all kinds of interesting possibilities. Jagan’s ambitions will have to be limited to AP — he cannot grow his party in Telangana: The presence of his mother in his sister’s party is the strongest non-compete clause there can be.

Sharmila doesn’t have too much time to earn her spurs.

In the 2018 assembly polls, the Kalvakuntla Chandrashekar Rao-led Telangana Rashtra Samiti won 88 seats and formed a government defeating both the BJP and the Congress.

The BJP won one seat and its vote share was just 7 per cent. But in the 2019 Lok Sabha polls, it managed to win four seats, including Nizamabad where KCR’s daughter Kalvakuntla Kavitha was defeated.

It also pulled off a shock victory in the Dubbaka by-poll in November 2020, fanning its ambitions of becoming a significant player in Telangana.

Elections for the Greater Hyderabad Municipal Corporation a month later underlined this.

The Union home minister and the Uttar Pradesh CM campaigned for a municipal election.

The BJP’s performance was spectacular. Later, an assembly by-election (Huzurabad, 2021) was also won by the BJP.

Left to himself, Jagan would not like to challenge KCR.

And now, he will have to review this position — his sister has made it clear that KCR is the primary enemy.

There is much for Jagan to do in AP. Welfare politics has been defined anew by his policies.

But the state’s financial position is perilous. AP is one of the most indebted states in the country.

According to a report of the Reserve Bank of India earlier this year, the state’s outstanding debt stands at Rs 3.98 trillion.

Its debt-to-gross state domestic product ratio stands at 37.6 per cent — the fourth highest among all Indian states.

According to statistics provided by the Comptroller and Auditor General of India, during 2020-2021, the state borrowed Rs 9,226 crore (Rs 92.26 billion) on average per month, mainly to pay salaries, pensions and foot the welfare bill. The trend continued during 2021-2022.

Elections in AP are still some distance away.

But becoming president of his party for life is unlikely to bring Jagan back to power unless he does something to ensure a steady revenue flow.

Slogans like ‘injustices done to AP’, following the bifurcation and special status for AP, are simply not going to cut it.

If AP’s middle class is denied salaries and pensions or, if these are delayed, it will rise against him with the same fervour with which it voted him in.

In that situation, a lifetime of presidencies will not help him much.