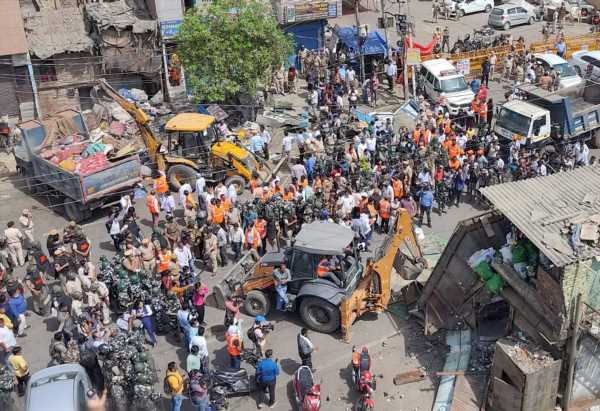 The North Delhi Municipal Corporation will follow the Supreme Court’s order and not conduct the anti-encroachment drive in violence-hit Jahangirpuri, the civic body’s mayor Raja Iqbal Singh said on Thursday but asserted that notices will be sent to encroachers in other areas under its jurisdiction.

The mayor’s remarks came after the Supreme Court extended the status quo until further orders on the razing of buildings Jahangirpuri area on Thursday.

Bulldozers had razed several concrete and temporary structures close to a mosque in Jahangirpuri as part of an anti-encroachment drive by the Bharatiya Janata Party-ruled civic body on Wednesday, days after the northwest Delhi neighbourhood was rocked by communal violence.

The Supreme Court had to intervene twice to stop the drive after it took cognizance of a petition filed by Jamiat Ulama-i-Hind against the demolition.

“We will follow the Supreme Court order and there will be no further action in Jahangirpuri,” Singh told PTI.

He, however, asserted that anti-encroachment drives will continue in other areas under its jurisdiction.

“I also want to clarify that the civic body will keep taking action against encroachers. We will identify illegal encroachments and send notices to them and take action,” Singh said.

On Thursday, A bench of Justices L Nageswara Rao and B R Gavai issued notice to the Centre and others on the plea filed by the Jamiat Ulama-i-Hind that claimed that buildings of Muslim riots accused were razed.

“Status quo to be maintained till further order…List after two weeks and pleadings to be completed till then,” the court said.

The apex court also said it would take a serious view of the demolition that was carried out even after its order was communicated to the NDMC mayor.

Responding to this, the mayor said, “The drive was stopped as soon as we got the orders.”