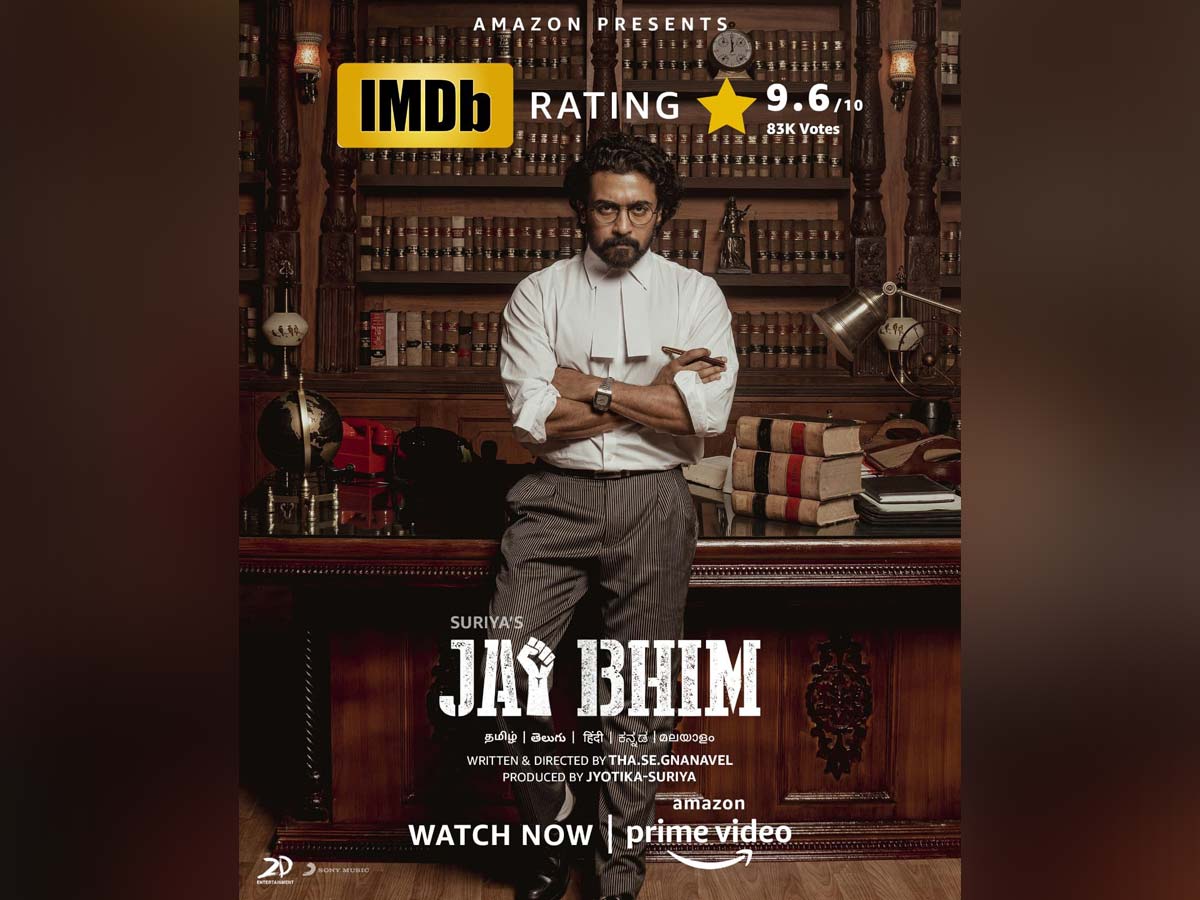 Suriya starrer Jai Bhim  starrer critically acclaimed courtroom drama Jai Bhim,  which also has Lijo Mol Jose and Manikandan in the lead roles, is winning the hearts of the movie lovers. Now according to the latest update, the movie Jai Bhim has overtaken cult classic ‘The Shawshank Redemption’ to claim the number one spot in IMDB’ top 250 films list.

Suriya’ film Jai Bhim is  directed by Gnanavel and produced by Suriya’s 2D Entertainment,  and it got a rating of 9.6, finally the movie holds the top position.

The movie also has Rajisha Vijayan and Prakash Raj in the important roles and it was premiered on Amazon Prime Video on 2nd November.  In this movie,  Suriya is playing a lawyer who fights for the rights of the  tribal communities.  The movie is inspired by real-life events that happened in the 90s.

On the other hand,  Tamil actor Suriya is also busy in Etharkkum Thunindhavan which  is directed by Pandiraj.  The movie also stars Priyanka Arul Mohan and Sathyaraj in the crucial roles.