After due deliberations, the lenders have decided to seek resolution for Jet Airways under the bankruptcy code since only a conditional bid was received. 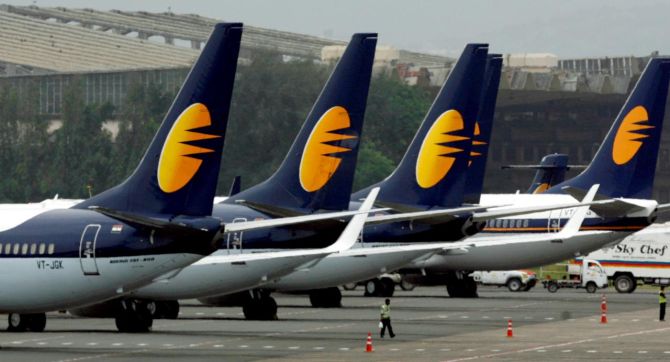 State Bank of India-led consortium of lenders on Monday decided to send the grounded Jet Airways to the National Company Law of Tribunal (NCLT) as they have not yet received any concrete proposal for the airline.

The decision was taken after a meeting of the lenders.

“After due deliberations, the lenders have decided to seek resolution for Jet Airways under the bankruptcy code since only a conditional bid was received,” SBI said in a statement.

The statement further said the move was necessitated as the prospective investor wants some Sebi exemption deal the deal which can be worked out better under the IBC.

The bank said lenders have been taking efforts to find a resolution for the grounded carrier outside IBC but now have decided to seek a resolution within the IBC.

It can be noted that on June 10, two operational creditors — Shaman Wheels and Gaggar Enterprises — had moved the NCLT seeking bankruptcy proceedings against the airline and on June 13 the tribunal, which is yet to admit the petitions put off the matter for further hearing to June 20.

The tribunal asked these parties to serve legal notices to the grounded Jet Airways.

The airline, which was grounded on April 17, owes Rs 8.74 crore to Shaman Wheels and Rs 53 lakh to Gaggar.