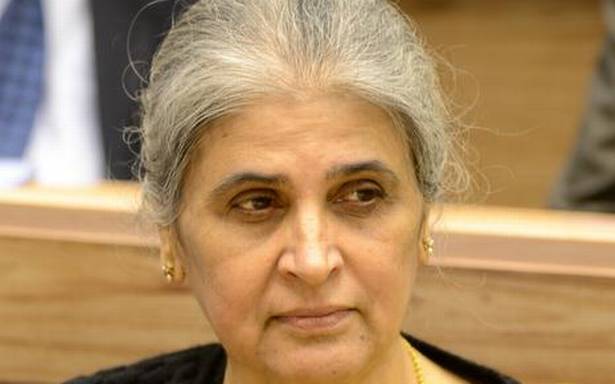 The J&K Delimitation Commission on Monday proposed to increase six seats for the Jammu division and one for the Kashmir division, besides reserving 16 seats for the Scheduled Caste (SC) and Schedule Tribe (ST) communities in the Union Territory, evoking sharp reactions from the regional parties.

The commission, headed by Justice Ranjana Prakash Desai, met its five associate members, including two Members of Parliament from the BJP and three from the National Conference, which earlier boycotted it, in New Delhi on Monday.

Explained | Why does the J&K delimitation exercise matter?

An NC MP confirmed to The Hindu that the commission has proposed six seats for the Jammu province and only one for the Kashmir division. Besides, the draft proposal has suggested nine seats reserved for ST and seven for SC.

J&K will have a 90-member Legislative Assembly now, up from 87 prior to the Centre’s decision to end J&K’s special constitutional position.

NC MP Hasnain Masoodi, who attended the meeting, termed the proposal “unacceptable”. “It is a matter of concern. We will submit our report in detail very soon, as the proposal is not acceptable at all,” he said.

NC vice president Omar Abdullah said the distribution of newly created Assembly constituencies, with six going to Jammu and only one to Kashmir was not justified by the data of the 2011 census. “It is deeply disappointing that the commission appears to have allowed the political agenda of the BJP to dictate its recommendations rather than the data which should have been it’s only consideration. Contrary to the promised ‘scientific approach’, it’s a political approach,” he stated.

Peoples Democratic Party president Mehbooba Mufti said her apprehensions about the Commission weren’t misplaced. “They want to pitch people against each other by ignoring the population census and preposing six seats for one region and only one for Kashmir,” she observed.

The commission had been created simply to serve the BJPs political interests by dividing people along religious and regional lines. The real game plan was to install a government in J&K that would legitimise the illegal and unconstitutional decisions of August 2019, she noted.

Sajad Lone, who heads the Peoples Conference, said, “The recommendations of the delimitation commission are totally unacceptable. They reek of bias. What a shock for those who believe in democracy”.

The three-member commission was constituted on March 6, 2020, specifically for J&K by virtue of the Parliament Act under the provisions of Part V of J&K Reorganization Act, 2019 and its term will end in March next.