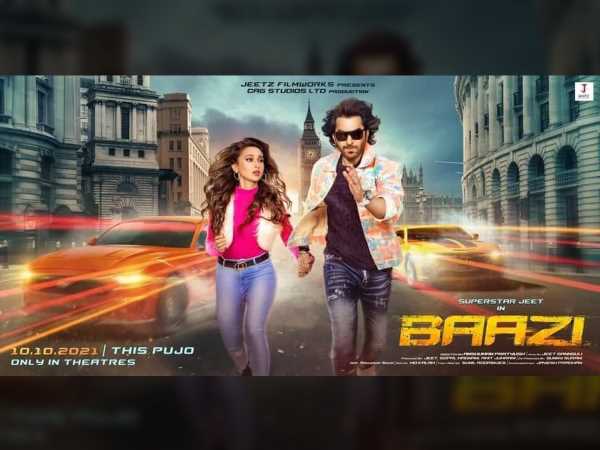 An official remake of the Telugu film Nannaku Prematho  starring Young tiger Jr NTR,  Baazi has been directed by Anshuman Pratyush. Bengali actor Jeet and popular actress Mimi Chakraborty will play the lead roles in the remake. Nannaku Prematho marked the 25th film of Jr NTR as an actor. The film Baazi  is scheduled for 10th October on the occasion of Durga Pooja.

The original version Nannaku Prematho featured Jr NTR, Rakul Preet Singh, and Jagapathi Babu in the lead roles  and the movie was directed by Sukumar and was produced by BVSN Prasad under his production house Sri Venkateshwara Cine Chitra.

The movie Baazi was initially supposed to be released on 14th May this year, but it had to be postponed as the second wave of the Coronavirus pandemic sand the lockdown. The teaser for the film was released in  the month of February and received decent response by the movie lovers.

On the others, Jr NTR is currently working with Rajamouli for RRR, which is on the verge of completion.