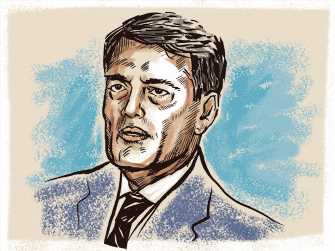 The chairman of the JSW Group of companies, Sajjan Jindal, whose stake in the group is valued at $14.5 billion (Rs 1.1 trillion), is betting $4.5 billion of his personal fortune in the firm’s bid for Ambuja Cements. According to bankers, Jindal’s contribution will be a combination of share sale and debts raised by pledging the stake of the target entities with private equities.

The JSW Group chairman has offered $7 billion for Ambuja Cements, including $2.5 billion of investments from private equities, the Financial Times reported on Tuesday.

The Adani Group has tied up with several Middle East-based sovereign funds to fund the offer, which would cost around $10 billion, taking into account the cash offered to Holcim (around $6 billion) and open offers for both Ambuja and ACC.

“As the acquisition is quite big, no bidder will be able to raise funds on their own and hence, will require support from private equities and hedge funds as the Indian banks don’t fund acquisitions.

“In such leveraged buyout cases, the shares of the target companies (Ambuja and ACC) will be pledged to raise funds,” said Prabal Banerji, an international finance expert.

A media outlet reported on Tuesday that ArcelorMittal was also evaluating a bid for Ambuja Cements but this could not be independently confirmed.

A spokesperson for ArcelorMittal declined to comment, calling it market speculation.

American private equity major Apollo has offered $1 billion to the JSW Group for the acquisition, Business Standard had reported earlier.

There are several combinations which are under discussions among the bidders even as Holcim studies the non-binding offers made by Indian conglomerates including JSW, Adani and the Aditya Birla groups.

If successful, the acquisition would increase JSW’s share in the Indian cement market from about three per cent to 16 per cent.

Ambuja and ACC have a capacity of 64 million tonnes per annum and the acquisition would make the winner India’s largest cement producer after Ultratech.

The company is valued at Rs 70,758 crore as of Tuesday with its shares quoting at Rs 356. Holcim and JSW declined to comment.

The Aditya Birla group is also in the race but bankers said it will have to sell several units in western India to get approval from the Competition Commission of India (CCI).

A source in the Aditya Birla group said it will not face any problem in raising funds for the acquisition or getting the CCI approval if it sells some cement plants in some markets where the plants are situated next to each other.

Holcim is planning to announce the name of the winner soon and the entire transaction, including the open offers, will be completed by March next year.