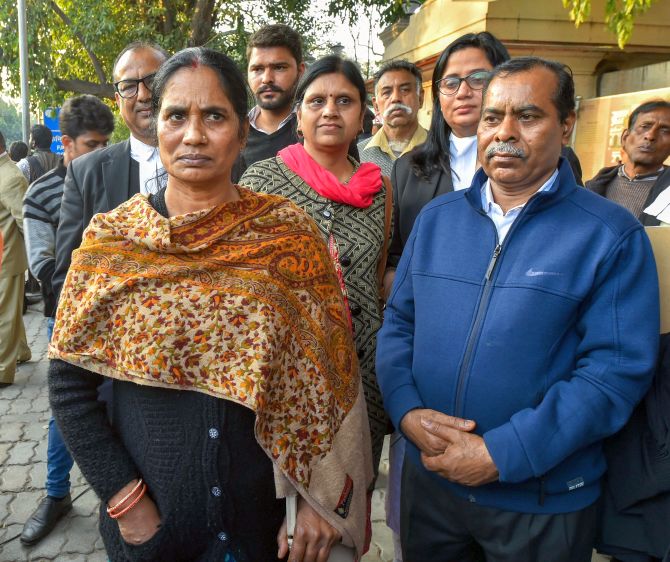 It has been nine years to the fateful day when Nirbhaya was brutally gangraped in a moving bus in the national capital, and even though her parents still miss her, they say they have found closure after the convicts were hanged last year.

The 23-year-old physiotherapy intern, who came to be known as ”Nirbhaya” (the fearless), was also savagely assaulted in the moving bus in south Delhi on December 16, 2012. She died a fortnight later.

Six people, including a juvenile, were named as accused. While the juvenile was released in 2015 after spending three years in a correctional home, four convicts were hanged on March 20, 2020.

Ram Singh, the sixth accused, allegedly killed himself in Tihar Jail days after the trial began in the case.

“We have got justice and that makes us feel better,” Nirbhaya’s father told PTI over phone, remembering his daughter on the anniversary of the incident.

“When the incident had happened, every woman had shed tears and the entire country was with us. Everyone wanted to know when they would be punished. It has been due to everyone’s efforts that we have got justice. It is a matter of relief for everyone. We are still sad but we are at peace knowing that justice has been delivered,” he said.

He, however, said there are a lot of changes that have to be made in the system so that it becomes easier for the families of victims to get justice.

He said Delhi’s jails manual has provisions that help the accused while the victim’s family has to face troubles.

“We have plans to file a PIL to demand changes to the jails manual. We had met Home Minister Amit Shah and he had said that they would do something to ensure speedy justice for women but we couldn’t meet him again due to the pandemic. But we are not going to sit quiet,” he added.

Lamenting that other rape incidents do not get as highlighted, he said the system is really bad. “India is zero in terms of women’s safety.”

He said that after the hanging of the convicts, he and his wife wanted to help out other victims who had been through similar situations but the pandemic spoilt their plans.

“After the hanging, the (coronavirus) lockdown happened. My wife is involved in helping victims but we are not able to do much. Due to COVID-19, we couldn’t do much. We had plans to help those women who have faced the same trauma. We have plans to observe March 20 (the day of hanging) as Nyay Diwas,” he said.

When asked how their life has changed in the one year after the accused were hanged, he said, “Earlier, we would wake up with grief, go for court hearings and then return home and sleep with a heavy heart knowing that nothing was happening. But that grief (of things not moving) has gone away and the hanging has sent out a message.”

One of the couple’s son is working as a pilot with a private airline while another son is on the verge of becoming a surgeon.