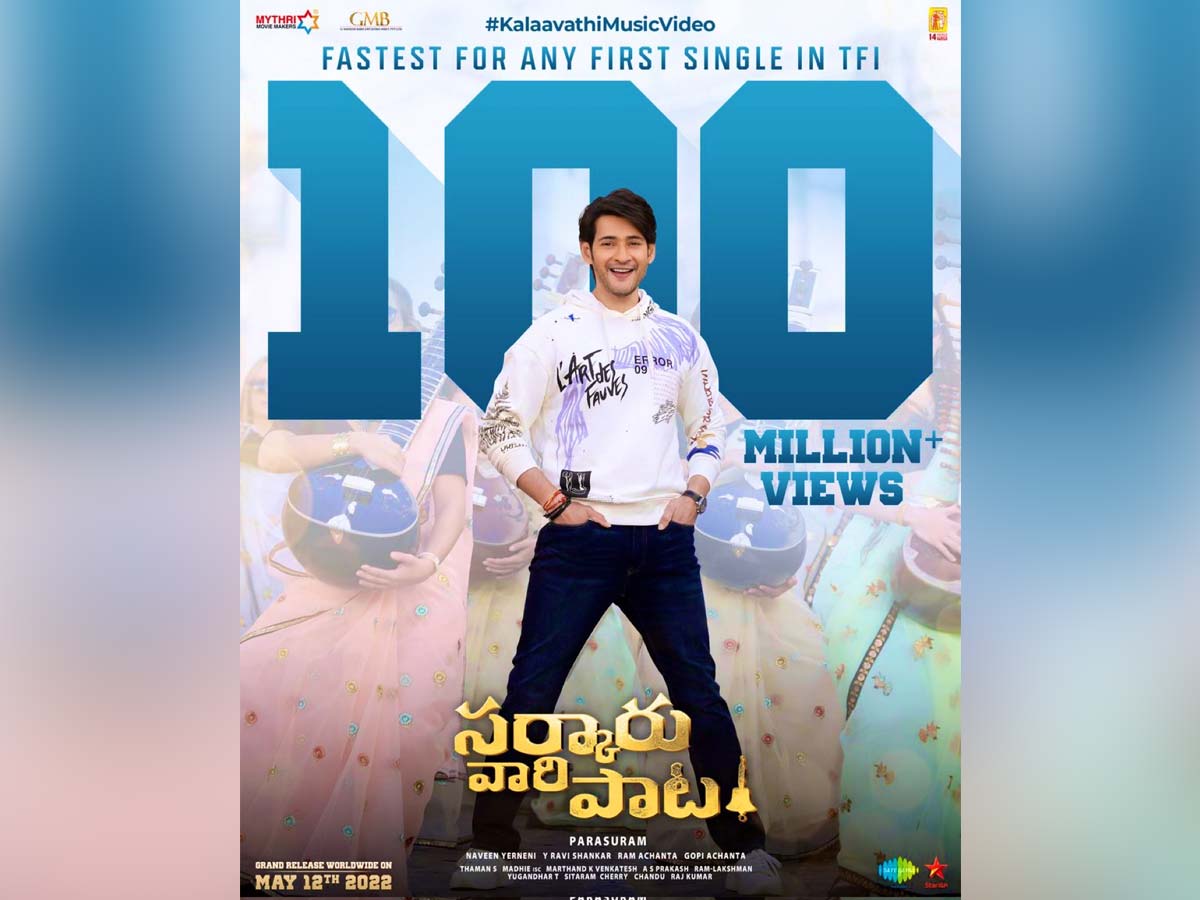 The film Sarkaru Vaari Paata starring Mahesh Babu and Keerthy Suresh, helmed by Parasuram of Geetha Govindam fame,  is on the record breaking spree.  The makers have already released two songs, Kalavaathi and Penny. Now according to the latest update, Kalaavathi song which was released on 13th February has created a new record and it has garnered 100 Million+ Views & 1.7M+ Likes on youtube. Today the makers of Sarkaru Vaari Paata confirmed the same by releasing a new poster on the official Twitter handle of Mythri Movie Makers.

The song  Kalaavthi grabbed the attention of everyone with its fabulous composition, the dreamy lyrics, and glorious singing.   The song took 36 days for the melodious track to achieve this rare feat. Mahesh Babu’ dance movements made this song  Kalaavathi a chartbuster.

Apart from Mahesh and Keerthy Suresh, the film also has Vennela Kishore, Subbaraju  and others in the supporting roles. It is  jointly produced by Naveen Yerneni, Y. Ravi Shankar, Ram Achanta, and Gopichand Achanta under Mythri Movie Makers, GMB Entertainment, and 14 Reels Plus banners.

R Madhi handles  the cinematography, Marthand K Venkatesh is the editor whereas AS Prakash is taking care of the Art department.  Sarkaru Vaari Paata is scheduled to hit screens on 12th May this year.