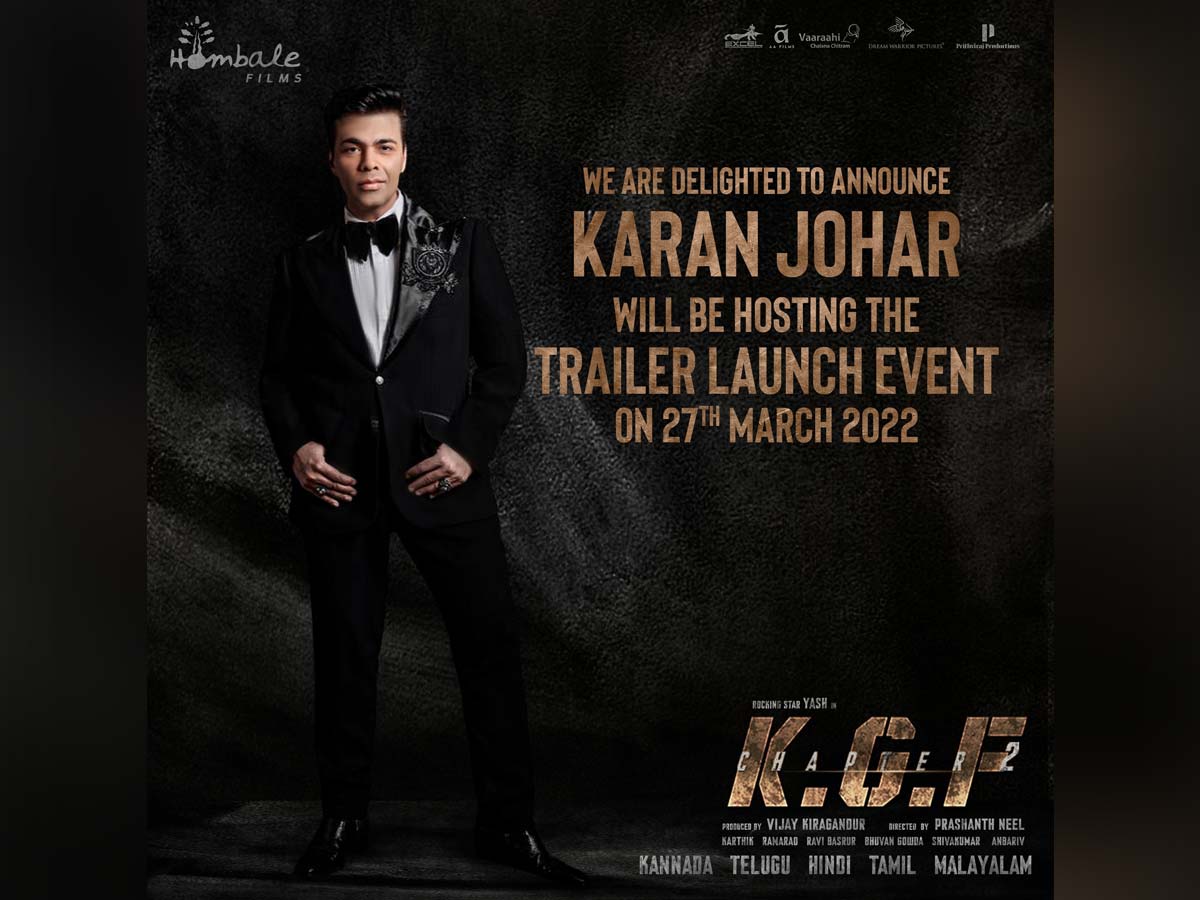 KGF: Chapter 2 is an upcoming much awaited Pan Indian film, which is gearing up for a grand release on 14th April in Kannada, Telugu, Hindi, Tamil and Malayalam. The makers have decided to start the promotional activities and they are going to launch the trailer of Yash starrer.  Today the makers of KGF 2 officially announced  that they are organizing the biggest trailer launch event on 27th March in Bengaluru and the grand  launch event will be graced by Bollywood filmmaker Karan Johar as host and Kannada actor Shivarajkumar will attend  the event as chief guest.

KGF : Chapter 2, helmed by Prashanth Neel,  produced by Vijay Kiragandur, under the Hombale Films banner,  has Yash and Srinidhi Shetty in the lead roles whereas Sanjay Dutt, Raveena Tandon in the crucial roles.

Umair Sandhu, who calls himself a film and fashion critic in the UK, UAE and India, watched the trailer of KGF 2 and shared it on his Insta stories, as he wrote, “KGF: Chapter 2 Trailer is Bombastic. This is called a record breaker trailer. Thrills, Actions and Suspense. Yash stole the show all the way. He nailed it. KGF 2 will set a new benchmark in Indian Cinema. Sure hit.