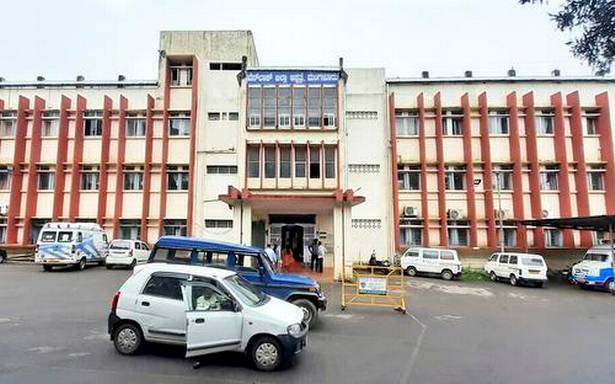 His blood, urine and nasal swab samples were sent to National Institute of Virology (NIV), Pune and to the Nipah testing centre in Kozhikode.

The 25-year-old microbiologist from Karwar, who was admitted here at the Government Wenlock Hospital following his apprehensions of having contracted the Nipah infection, has tested negative for the infection.

His blood, urine and nasal swab samples were sent to National Institute of Virology (NIV), Pune and to the Nipah testing centre in Kozhikode. “He is found negative for Nipah,” said Dakshina Kannada District Health and Family Welfare Officer Kishore Kumar in a statement on September 15.

The microbiologist, who works for a Goa-based company that manufactures testing kits for COVID-19 and Nipah, was drenched by the rain on September 8 while travelling from Goa to his home town Karwar on his two-wheeler. He then developed a fever and headache. He looked up his symptoms on the internet and was worried he could have caught the Nipah infection. He approached a hospital in Karwar, who referred him to a private hospital in Udupi. He was then brought to the Government Wenlock Hospital here on September 11 where he and his father were isolated.

Dr. Kumar and District Disease Surveillance Officer Jagadish, both in PPE kits, conducted a detailed interview of the man. He had no symptoms of infection and his health parameters were stable. They found he was not exposed to any infection during his work.

“Since he was anxious of having contracted the infection, he received counselling,” Dr. Kumar said, adding that his samples were sent for testing anyway, to rule out any possibility of the infection, after seeking clearance from the State authorities.

The man has also tested negative for COVID-19, he said.