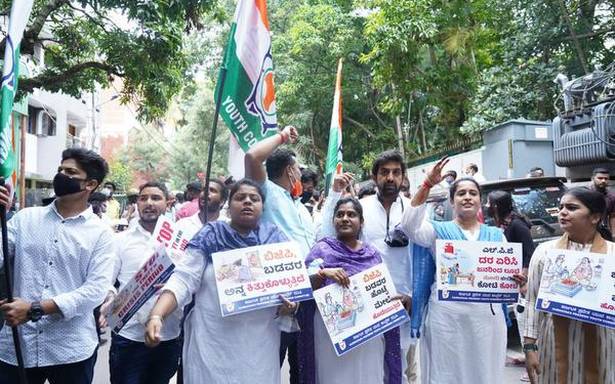 “There’s no respite from price rise as people are grappling with inflation at least for the last two years. The Union government is collecting taxes and levying cess on petrol and diesel, which has directly resulted in increase in prices of essential commodities. Not only the economic slowdown, but also the outbreak of COVID-19 pandemic since last year has resulted in loss of jobs across India,” he claimed.

He added that the members of the Youth Congress will start a social media campaign and tag the Prime Minister to their comments seeking employment.

Mr. Ramaiah said many people had lost their jobs owing to economic slowdown and the COVID-19 pandemic. “Since last year, several lakhs of employees working in the garment sector have lost their jobs. The Karnataka government must figure out solutions to tackle this (unemployment) problem,” he said.