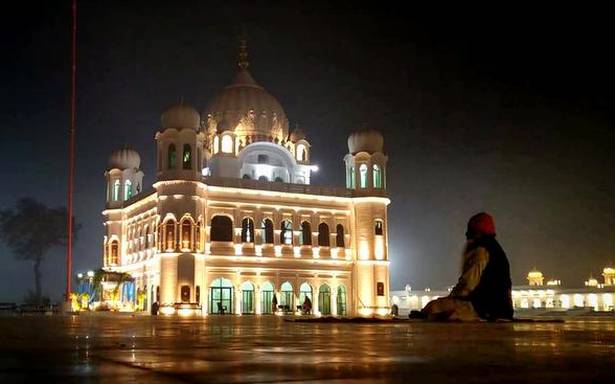 Pilgrims from India on Wednesday went to Gurdwara Darbar Sahib across the international border in Pakistan’s Narowal district across the Ravi river through the Kartarpur corridor as it was reopened after around 20 months.

The movement of devotees to Kartarpur via the corridor was suspended in March 2020 due to the COVID-19 outbreak. The Union government had announced the reopening of the corridor ahead of “Prakash Purb” (birth anniversary) of Guru Nanak Dev on Friday.

The Land Port Authority of India said the pilgrims were given a warm send-off at the Integrated Check Post (ICP) gate at Dera Baba Nanak in Punjab’s Gurdaspur district.

Officials at the Passenger Terminal Building were facilitating the travel of pilgrims through the corridor. The ICP check-post was set up in 2019.

A tweet by the Land Port Authority of India said, “First two pilgrims given warm send-off at ICP gate by the Manager ICP. The pilgrimage to Gurudwara Darbar Sahib through Kartarpur Corridor formally commences today. Gurudwara Prabandhak Samiti welcomed them across the border.”

A Pakistan High Commission tweet with a video said, “Indian Sikh pilgrims warmly welcomed by Pakistan on their arrival through Kartarpur Sahib Corridor, today. We look forward to hosting devotees from India and around the world in Pakistan for Birthday celebrations of Baba Guru Nanak.”

It was in Kartarpur. Guru Nanak Dev spent the last 18 years of his life.