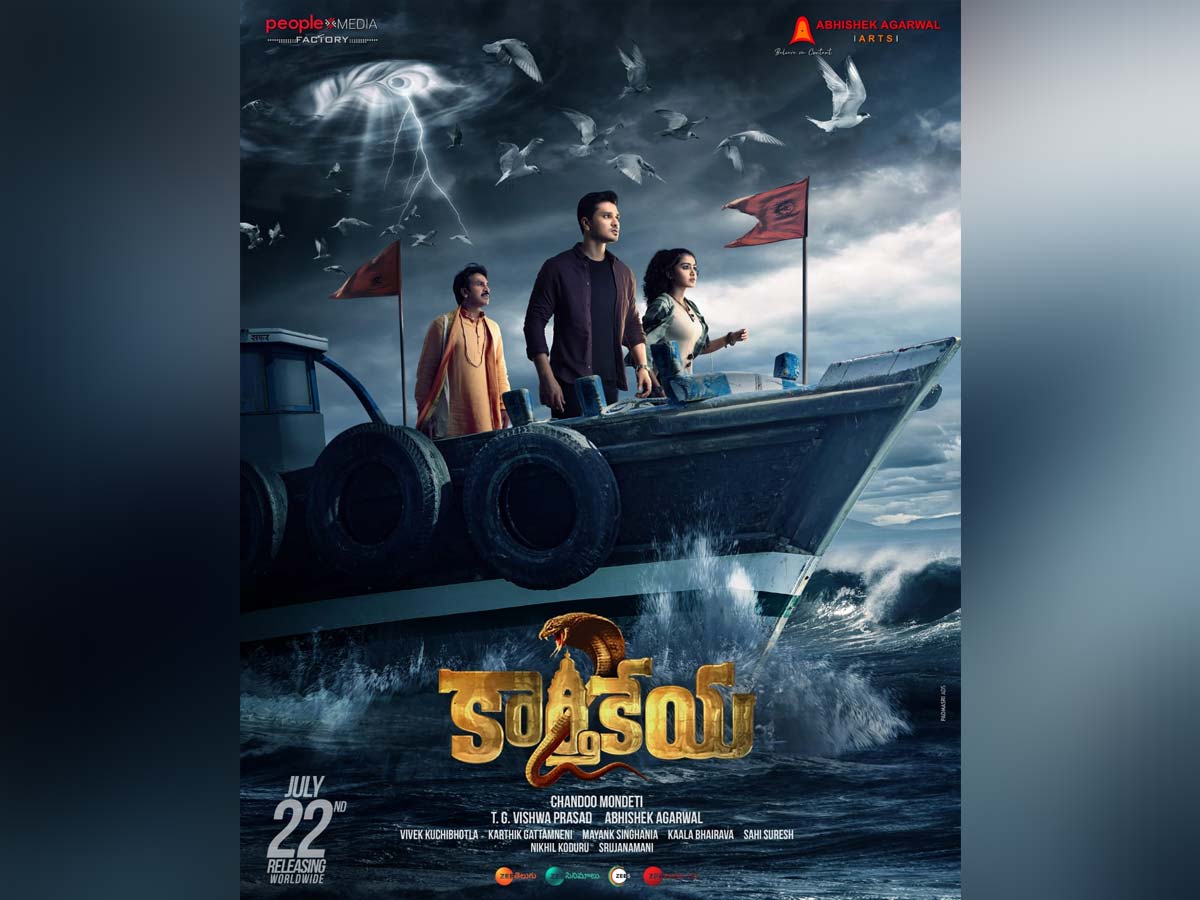 Nikhil Siddharth‘s upcoming mystery thriller titled Karthikeya 2 is approaching the audience. It is ready to occupy theatres worldwide on July 22nd. The film has Anupama Parameswaran as the leading lady, opposite Nikhil. The film has already garnered a huge attention of the audience with its intriguing teaser, posters, trailer and more.

Now, the interesting news is that the film’s post theatrical rights were bought by the popular OTT platform ZEE5 for a whopping amount. Based on the talk about the film, the platform will announce the streaming date of the movie. But however, we have learnt today in the morning that the Telugu Film Producers Committee has imposed a rule for movies to stream only after 50 days of its theatrical run. So, we have to wait and see if it works are not.

Karthikeya 2 is directed by Chandoo Mondeti and produced by the popular production houses Abhishek Agarwal Arts and People Media Factory. Both the cinematography and editing were done by Karthik Ghattamaneni. And music is rendered by Kaala Bhairava. The film also stars Anupam Kher, Srinivasa Rao and others in the supporting characters.