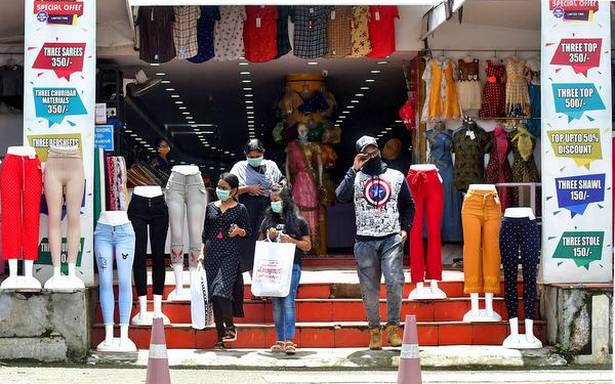 The Kerala High Court on Thursday asked the State government to inform the court of its opinion on the opening of retails outlets of textiles and other shops on all days.

The court passed the directive on a writ petition filed by the Kerala Textiles and Garments Dealers Welfare Association seeking a directive to the State government to allow the dealers to open their shops on all days.

When the petition came up for hearing, the court orally observed that crowd-control measures were not being effectively implemented. There were instances of people gathering at various public places without observing COVID-19 appropriate behaviour such as physical distancing. The only saving grace was that most of them were wearing face masks. In fact, the crowd-control measures could not be very effective if there were a huge gathering of people.

The court also wanted the government to inform it how restrictions based on test positivity rate were being imposed.

The government pleader submitted that the government took the decision on restrictions based on the recommendations of the expert committee. In fact, the representation given by the association in this regard was handed over to the Chief Secretary and the State Disaster Management Authority.

The counsel also pointed out that the Chief Minister had convened a meeting to discuss the issue raised by the petitioner and other traders.

The court posted the petition to July 22 for further hearing.