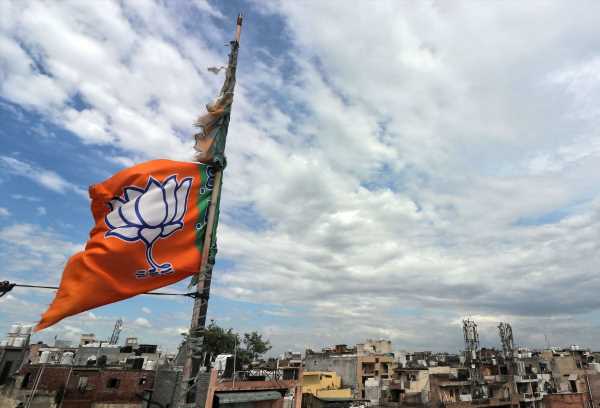 In view of the recent back-to-back murders of two political activists in the state, Kerala DGP Anil Kant on Friday directed district police chiefs to take stringent action against those spreading fake news and false message through social media and book the administrators of such platforms who allow discussion on them.

It has been noticed that several messages, inciting communal hatred, are being circulated through social media after the murders of the BJP functionary Ranjith Sreenivas and SDPI’s K S Shan earlier this week, Kant said here in a statement.

“The admins of social media groups who permit discussions (inciting communal hatred) will be booked. The cyber wing of the state police has been asked to intensify its surveillance in all districts to check such propaganda,” he said.

Not just those directly involved in the murders, but also its perpetrators, those who provided them weapons, phones and logistics support would be nabbed at the earliest, he said, adding that action would be taken to find the source of money of criminal gangs.

The DGP also directed to prepare a list of criminals and history-sheeters belonging to both groups on a district-level basis, arrest absconding criminals and also ensure that those released on bail are not violating the bail conditions.

Police on Thursday made it clear that as many as 30 cases had been registered across the state in the last five days against some people for spreading provocative messages through social media platforms in a manner that incites communal hatred.

One person was arrested in a case registered by the West Police in Kollam district in this regard, an official statement said.

Shan, the state secretary of SDPI, was killed by a gang on Saturday night while he was on his way home in Alappuzha, while the BJP OBC Morcha state secretary Sreenivas was hacked to death in front of his family by some assailants in his house on Sunday morning in the same district.

Meanwhile, ADGP (Law and Order) Vijay Sakhare, who is heading the Special Investigation Team (SIT) probing the two separate cases, said as all those directly involved in the crime had managed to escape outside the state, Kerala police has sought assistance from their counterparts in the neighbouring states to nab them.

Not only those took part in the larger conspiracy of the murders but also those who provided the killers any kind of help would be booked for conspiracy, he said.

“We cannot divulge the details like in which states they are hiding. Wherever they go, we will chase and catch them. Cyber investigation has also intensified in this regard,” Sakhare told reporters in Alappuzha.

Amidst criticism from opposition parties about the alleged breakdown of law and order situation, State Minister for Fisheries and Cinema, Saji Cheriyan visited the houses of Sreenivas and Shan on Friday.

“Real culprits and the perpetrators, involved in the murders, will be booked by the police. That’s the government’s stand also. All those directly involved in the crime have been identified. Several persons have been arrested and remanded. There is no need for any concern in this regard,” he told reporters after visiting Sreenivas’s house.

Strongly condemning the murders, he said it was an example of sheer “communal madness”.

The back-to-back murders were the proof for the existence of trained extreme mindsets who deliberately try to create communal hatred in the society.

“These communal and extremist forces should be rooted out completely from the state,” the minister added.