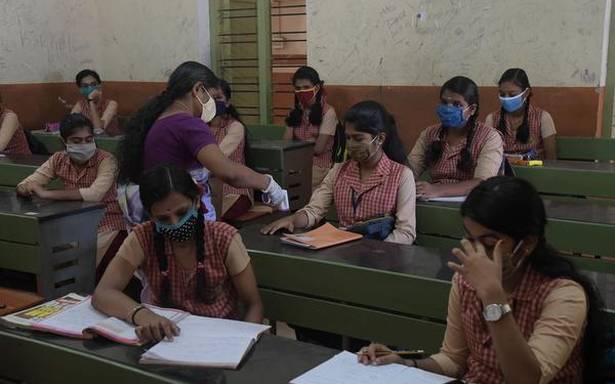 Plus Two examinations from March 30 to April 22

The SSLC (Secondary School Leaving Certificate) examinations for this academic year will get under way on March 31, while the Plus Two higher secondary examinations will begin on March 30.

The SSLC examinations will come to an end on April 29 and the Plus Two examinations on April 22, Minister for General Education V. Sivankutty said in Kanhangad on Monday morning.

The Plus Two vocational higher secondary (VHSE) examinations will also be held from March 30 to April 22.

The government has also decided to conduct model examinations to familiarise students with the exam pattern.

The detailed timetable and ‘focus areas’ that students need to concentrate on are expected to be published later in the day.