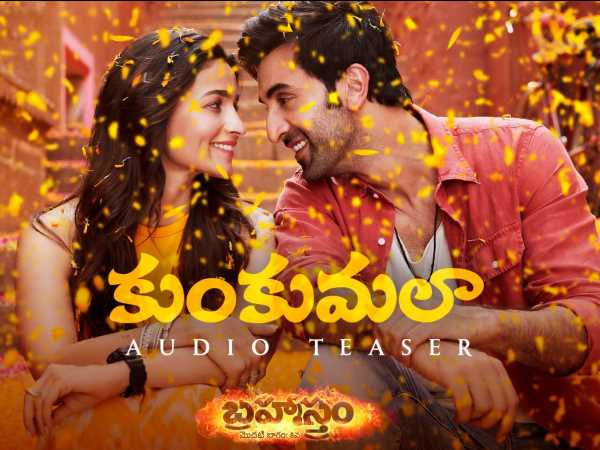 Alia Bhatt and Ranbir Kapoor are coming together in a much-awaited Brahmastra Part One: Shiva.  It is known that recently Alia andRanbir tied their knot and  as the film is coming after their wedding, the film is special to the couple and their fans as well. Alia Bhatt and Ranbir Kapoor’s Kesariya song  from Bhahmastra is now Kumkumala in Telugu. The original version was loved by the music lovers. Kumkumala teaser was dropped by none  other than RRR and Baahubali film maker SS Rajamouli which is getting good attention already. The song is crooned by Sid Sriram and  the lyrics are penned by Pritam.

The music lovers are very happy with Sid Sriram voice. One of the netizen said: Sri Ram Voice is very popular in South music world. his voice is addictive to me..legend. Another netizen wrote: For the first time Sid sriram sang for a Hindi to telugu song. Sid sriram is one of the best singer.

While the full version of Kesariya  song has not yet been released, Karan Johar and Alia Bhatt also shared the Telugu version of the song, Kumkumala on social media.

Brahmastra, which also has King Nagarjuna, Mouni Roy and Amitabh Bachchan in the crucial roles, is helmed by Ayan Mukerji.