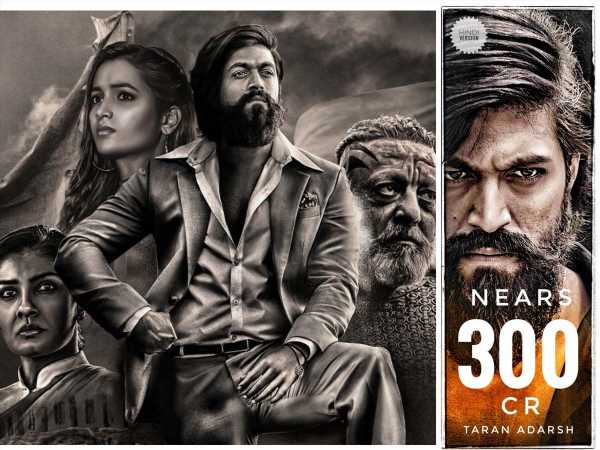 KGF 2 Hindi Box office Collections: The Prasanth Neel  directorial venture  starring Yash in the lead, has now collected Rs 750 crore at the box office worldwide and is all set to rake in more over the weekend. According to the traders  report, the Hindi version of KGF 2 is near Rs 300 Cr. It has collected Rs 280.19 from north belt.

7 times of what KGF 1 collected

There are only four films from Kannada film industry that made over $250k in their lifetime and these are KGF 2, KGF 1, Rangi Tarana and Kirik Party.

Yash and Neel are the flagbearers of Kannada film industry