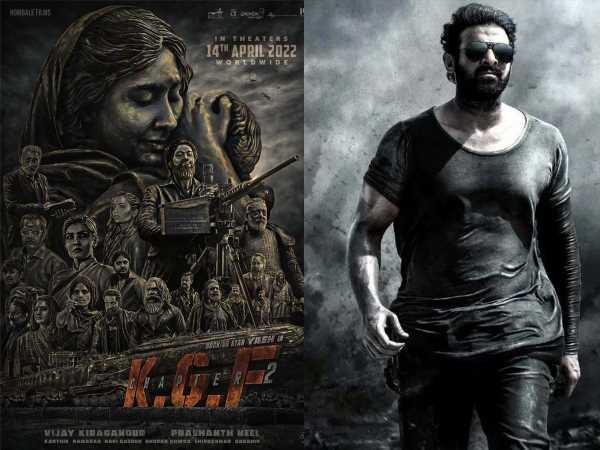 Salaar teaser/glimpse with KGF: Chapter 2- According to the latest report, a teaser providing a glimpse of  Prabhas from upcoming much hyped Pan India drama  Salaar will be  attached with  Yash and Srinidhi Shetty starrer KGF: Chapter 2 which is releasing on 14th April.

KGF :  Chapter 2, the much-awaited film, is gearing up for the grand release.   The makers are expected to take one of the biggest openings this year as the excitement is tremendous. The sources revealed that teaser of Prasanth Neel’ magnum opus has been attached with KGF 2. It is directed by KGF’ director Prashanth Neel and has Prabhas. The shoot of the film is still pending and this teaser will just give a glimpse into the world of Salaar.

Krack lady  Shruti Haasan is on  the board to play the female lead role. It was initially scheduled for a release on 14th April 2022, but the  Coroanvirus pandemic led to postponements. Recently, it was also heard that  Prabhas underwent  knee surgery, and hence,  the actor  will be out of action for a few months. It is being said that this will further delay the final schedule of  Prasanth Neel’ Salaar.

Salaar is being simultaneously shot in Telugu and Kannada and it will be dubbed in Hindi, Malayalam and Tamil.   It  has a lot of action sequences.