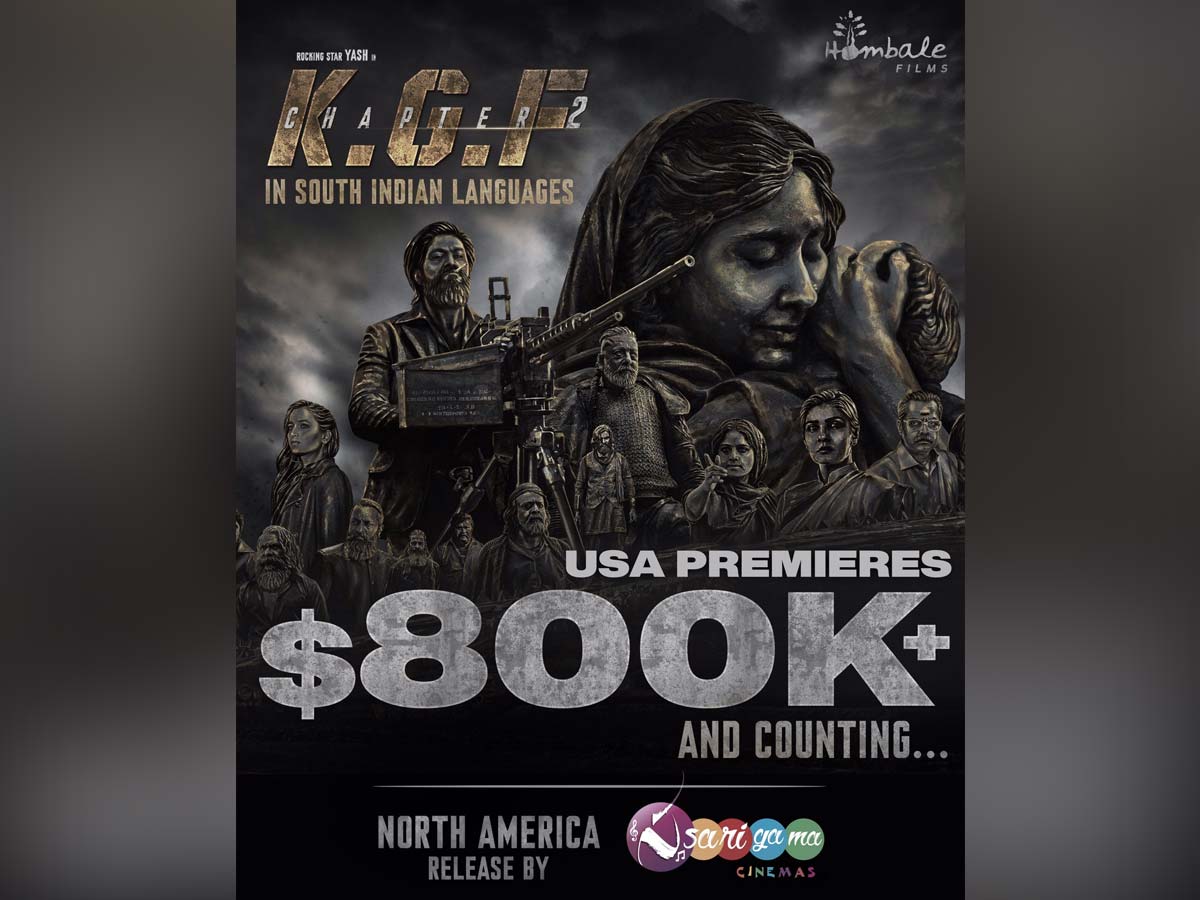 KGF : Chapter 2 Collections: KGF 2 starring Yash, Srinidhi Shetty, Raveena Tandon and Sanjay Dutt has hit the theaters today on 14th April Worldwide in a very grand manner. The film had its premiere  on 13th April. According to the traders report, KGF: Chapter 2 has collected $800K+ from USA Premiere and the counting is still on. The industry tracker Ramesh Bala confirmed the same by sharing a post on Twitter: Among this week’s new Indian releases, #KGFChapter2 has opened to Best premiere in  USA $800K+ and counting… No premieres for Hindi.

The much hyped movie  KGF 2 is helmed by Prashanth Neel. It is all about the story of Raja Krishnappa Bairya aka Rocky Bhai  who becomes the ruler of KGF. But as he decides to own the world, he finds big foes in the form Adheera and Ramika Sen.

The trades are predicting  that KGF Chapter 2 will surpass its prequel’s lifetime Hindi collection on the release day itself.

Few days ago Ramesh Bala had tweeted, “KGF Chapter 1 Hindi version collected 40-45 crores in its lifetime, and going by the earth-shattering advance booking records, KGF Chapter 2 will definitely cross chapter 1 lifetime collection on the 1st day by earning a minimum of Rs 43-45 cr from North India.”