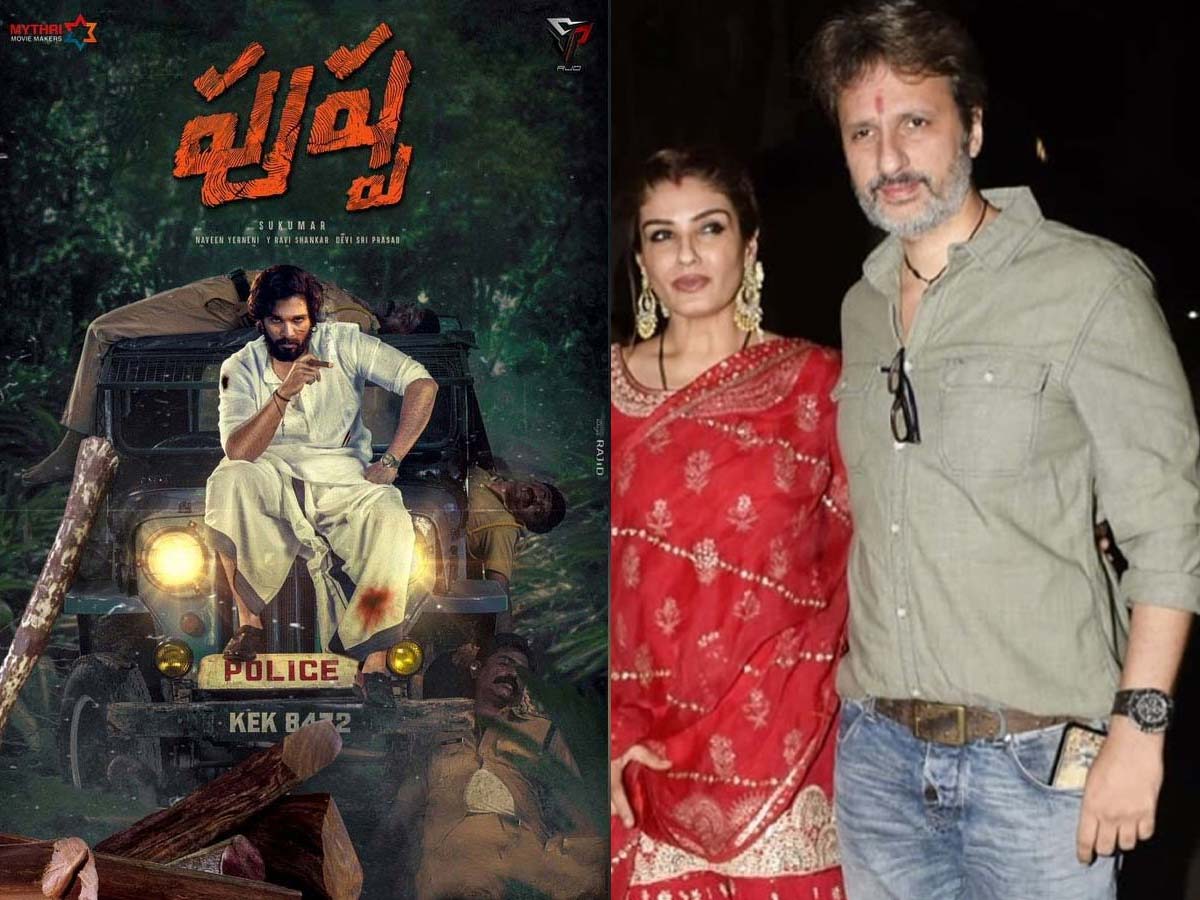 It is known that Bollywood actress Raveena Tandon is playing the role of Prime Minister Ramika Sen in the much hyped movie KGF: Chapter 2 which has Yash and Srinidhi Shetty in the lead role. Now according to the latest report, Raveena Tandon’ husband Anil Thadani has grabbed the rights of Hindi version of Pushpa: The Rise and is going to distribute Allu Arjun and Rashmika Mandanna starrer in the North belt.

Pushpa : the Rise, a big budget multilingual film will have a pan-India release on the 17th of December in a big way and all eyes are on  the entry of Icon star in Bollywood. The reports are coming that AA Films that released KGF, Baahubali series in Hindi will distribute the Hindi version of Pushpa: The Rise.

AA Films is owned by Anil Thadani, the husband of  KGF PM Raveena Tandon.  Anil Thadani is a big distributor in Bollywood and has made special  distribution plans for Pushpa.

Pushpa’  Kannada version will be released by Swagath Enterprises. Both these banners  – AA films and Swagath Enterprises have spent a whooping amount  to acquire the rights of this Sukumar directorial venture, which is a big budget entertainer and is being bankrolled by Mythri Movie Makers.