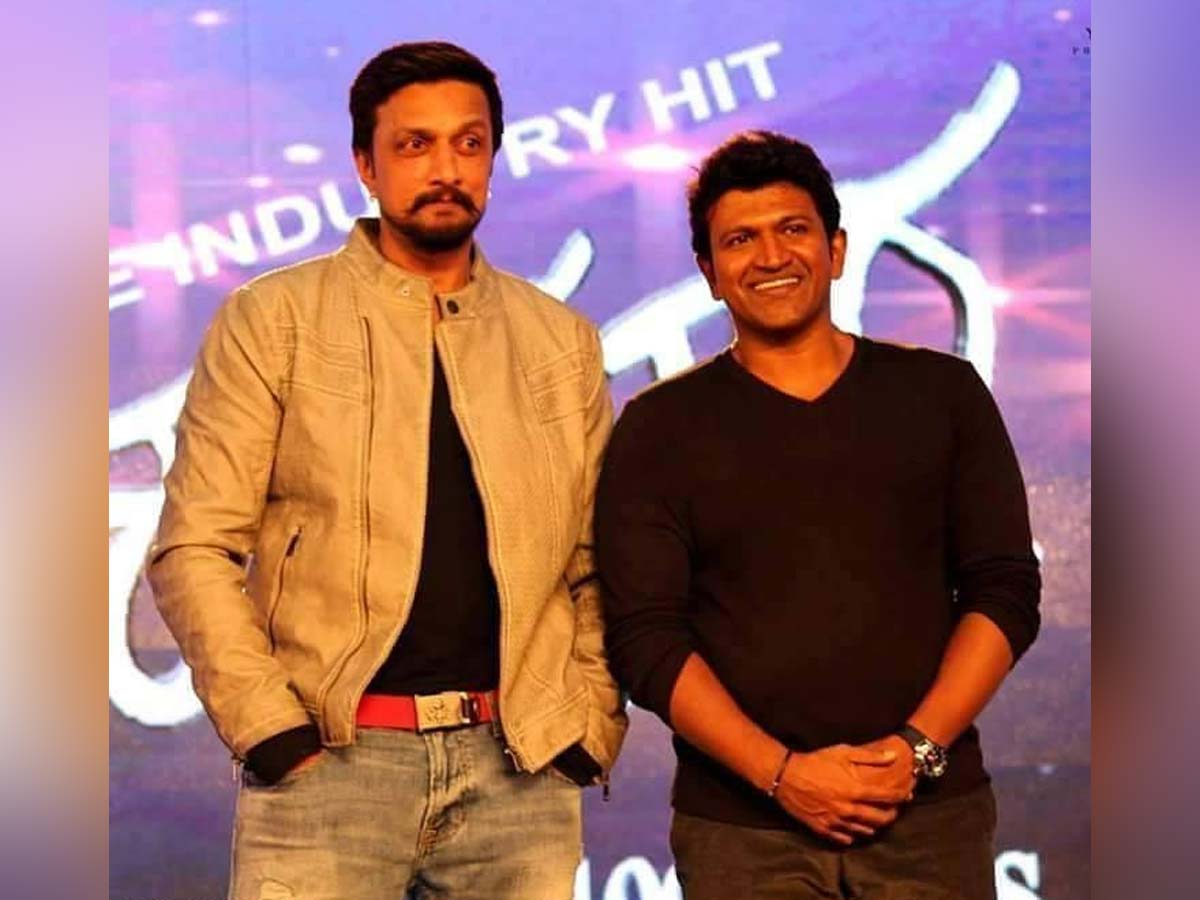 Kannada  Superstar Puneeth Rajkumar  who  was died on Friday with  heart attack, was laid to rest at Sree Kanteerava Studios in Bengaluru today. Kichcha Sudeep, who was present at the funeral of his friend Puneeth Rajkumar was moved to tears. Eega fame actor Sudeep spoke about his association with Puneeth Rajkumar and how it will take several days to process the news of his death.

After paying his respects to  the late actor Puneeth Rajkumar, he wrote about processing the death of his friend.  Sudeep wrote, “The star of ours now belongs to the sky. As I look up in the nights, I am sure to see you twinkle as always, brighter than the rest.

Farewell my friend.”  He added, “It’s all over now. This will take  the days for us to get to normal. It’s not just the loss, it’s the sudden shock that the film  industry and people need to get out of.”

Puneeth Rajkumar was the youngest son of Dr Rajkumar and Parvathamma. He was 46 years old.  The actor is survived by his wife, Ashwini Revanth, and two daughters, Drithi and Vandhitha. Puneeth Rajkumar started his career  in the film industry as a child artist and then went on to become one of the most celebrated superstars in the Kannada film industry.