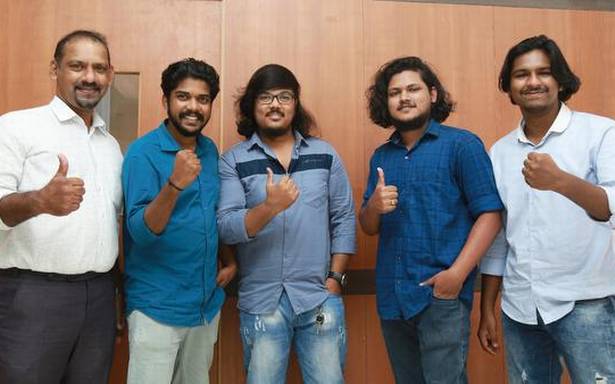 Rajeeve to release song prepared by ‘Legion of Harmony’ today

A group of singers from Kochi under the banner “Legion of Harmony” band has prepared a song in support of the farmers across India, who have hit the streets in the neighbourhood of the national capital.

The song will be released on Friday by Minister for Industries P. Rajeeve, said a spokesperson for Purogamana Kala Sahithya Sangham (PUKASA), which is the organiser of the programme.

The song is a tribute to the thousands of farmers, who have spilled into the streets from their farm holdings. The lives of the farmers have been made harder by “anti-farmer laws and policies” as well as their increasing indebtedness. The conditions are pushing them to the brink of disaster. Farmers were going through an unimaginably hard time, said the spokesman for PUKASA.

The farmers’ protest will be an year old later this month and they have not given up hope that the government would relent. The song being released on Friday will reflect this spirit of endurance and hopes in the darkest of times, he said.

While the song will pay tribute to the courageous farmers and their endurance in the face of state opposition, the song release will also mark the opening up of a new life for artistes like those members of the Legion of Harmony band. The song titled “Curry” will feature Hari Govind, Steve Manuel, Ashiq, and Tinu Thomas.

A video presentation of the song too is ready and it will feature Meena Raj and Prema Rajendran. The video script and the lyrics have been written by Joshi Don Bosco, general secretary of the district unit of PUKASA.

The song also tells the tale of the lives of these artistes, who have been facing hard times since the massive floods of August 2018, which was followed by the two years of COVID-19 pandemic and lockdowns.