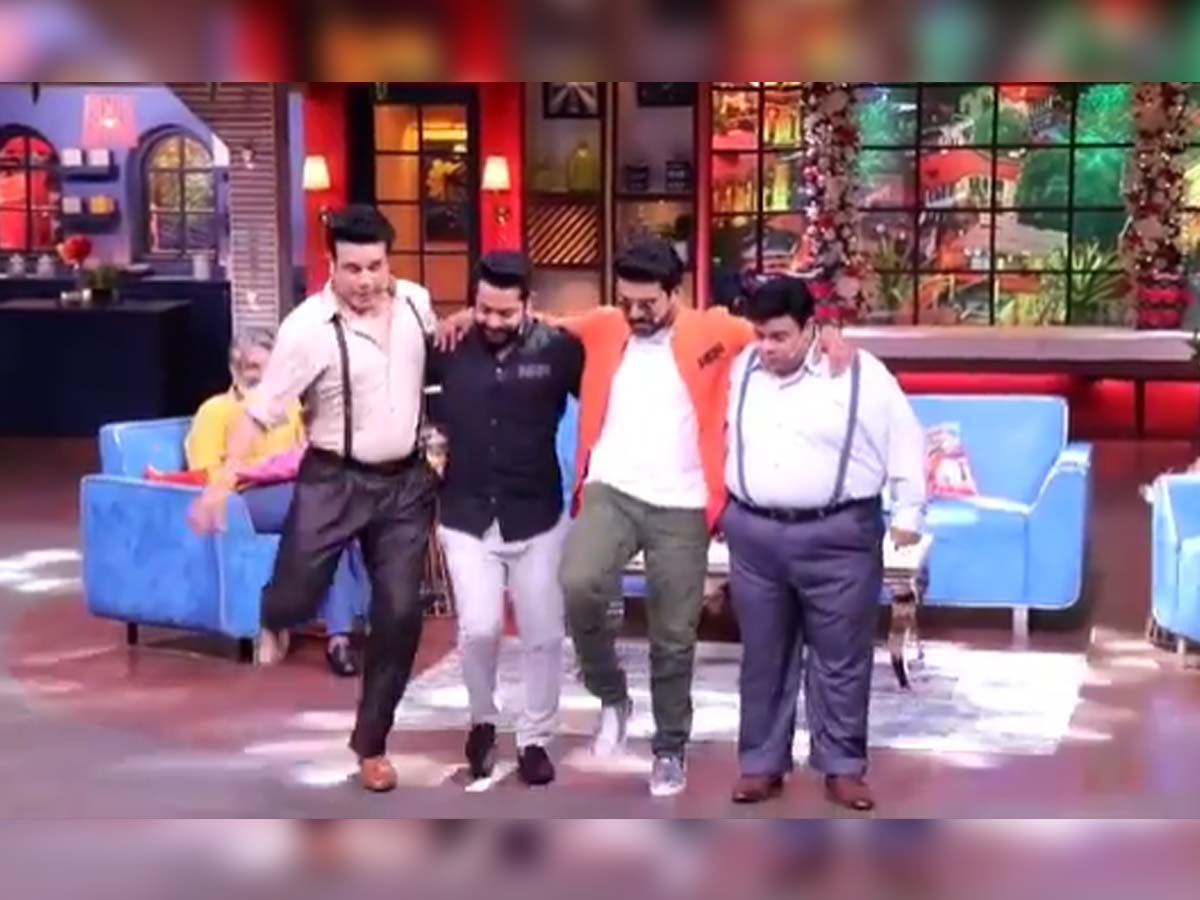 Jr NTR, Ram Charan and Alia Bhatt’s much-anticipated film with director SS Rajamouli, RRR, is gearing up for theatrical release on 7th January 2022. Not just in India, the film is gathering momentum internationally as well.  Recently the makers Twitter to share with fans that a poster from the film was featured in New York’s Times Square.  Soon RRR team will be seen on The Kapil Sharma Show. Yesterday  Jr NTR, Alia Bhatt, Ram Charan and SS Rajamouli shot for the comedy show in Mumbai. The official social media pages of RRR also confirmed this news. Krushna Abhishek shared a short clip where he and Kiku Sharda are seen shaking leg  with  Ram Charan and Jr NTR on the tune of  Naacho Naacho on the show.

Ram Charan and Jr NTR are seen interacting with the film’s team and dancing it out in the video. The song is high on energy and boasts of vocals by Vishal Mishra and Rahul Sipligunj.

RRR has been produced on a massive budget of Rs 450 crore. The movie lovers are eagerly waiting to watch director SS Rajamouli’s upcoming film  RRR after the Baahubali series.

Recently the makers released the promo video of  ‘Komuram Bheemudo’,  that  featured the visuals of Jr NTR’s character Komaram Bheem.

Backstage bromance of Ram Charan and Jr NTR in Mumbai