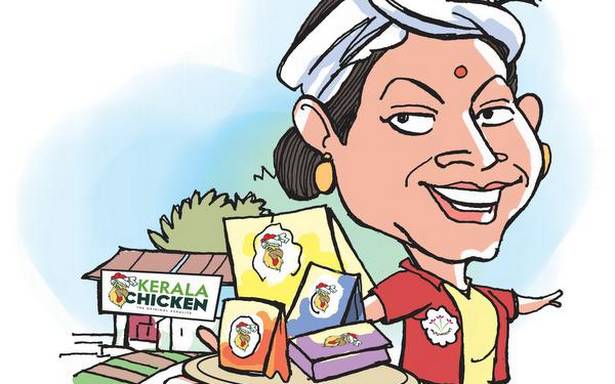 Kerala Chicken, an enterprise under the Kudumbashree Mission, has come through nearly two years of restrictions due to COVID-19 to achieve sales of around ₹50 crore and a daily turnover of around ₹25 lakh.

Kudumbashree sources said the success of Kerala Chicken had prompted the Mission to consider launching processed meat and value-added products in the immediate future.

Value-added products and processed meat are planned to be launched from three districts now depending on space availability for processing plants. Thiruvananthapuram, Kozhikode, and Palakkad are being considered as possible locations, while a final decision will be taken on the basis of space availability, the sources said.

There are a total of 84 Kerala Chicken outlets in the State, and 350 families, involved in running feed stores, chicken farms, and meat outlets, have benefited from the initiative.

The outlets are now open in Thiruvananthapuram, Kollam, Kottayam, Thrissur, Ernakulam and Kozhikode districts. The programme will be expanded to include Palakkad, Kannur, Malappuram, and Alappuzha. The mission also plans to open premium chicken outlets across the State in the next stage of expansion of business.

The Kerala Chicken brand was launched in 2017 to make quality broiler chicken available at reasonable price. A network of broiler chicken farms across the State using the Kudumbashree network is one of the objectives of the mission. Breeder units, hatcheries, feed supply units, abattoirs, cold storages, and marketing units under the brand name are being established as part of the initiative.

As a step towards promoting broiler chicken business, a firm named Kudumbashree Broiler Farmers Producer Company Limited has been launched. There are around 240 farms operating under the Kerala Chicken brand across the State. The network will be expanded in the future.