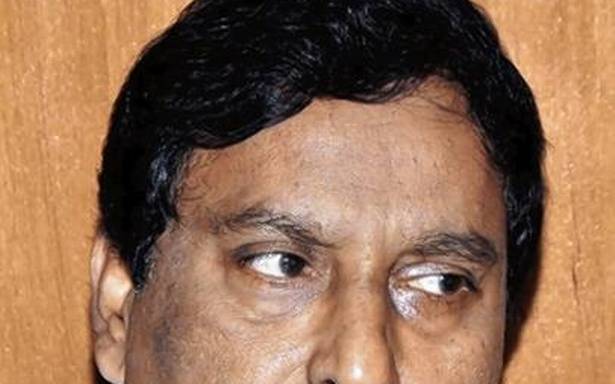 AIADMK secretary, East, A. Anbalagan said that no development took place in the UT during the former regime as former CM V. Narayanasamy was at loggerheads with the then L-G and the Centre

The AIADMK on Friday said Lt Governor Tamilisai Soundararajan and Chief Minister N. Rangasamy were working in tandem with the aim of making the Union Territory a developed region.

Addressing a press conference, party secretary, East, A. Anbalagan said both were working in coordination with the Union government for the development of the Union Territory.

Mr. Anbalagan was responding to former Chief Minister V. Narayanasamy’s statement that Mr. Rangasamy has become a “puppet,” as all decisions are taken by the Lt Governor.

Reminding Mr. Narayanasamy of the state of affairs in the UT during his tenure as the Chief Minister, the AIADMK leader said no development took place in the UT as Mr. Narayanasamy was at loggerheads with the then Lt Governor and the Centre.

“For the betterment of the UT, the Lt Governor and Chief Minister should maintain a cordial relationship. Development and welfare schemes could be implemented only if the UT shares a good understanding with the Centre,” he said.

The government headed by Mr. Rangasamy could implement several schemes in the last seven months because of the cordial relationship the CM had with the Lt Governor and Centre, he said.

The AIADMK leader also flayed the Congress government in Punjab for causing a breach in the security of Prime Minister Narendra Modi during his recent visit to the State.