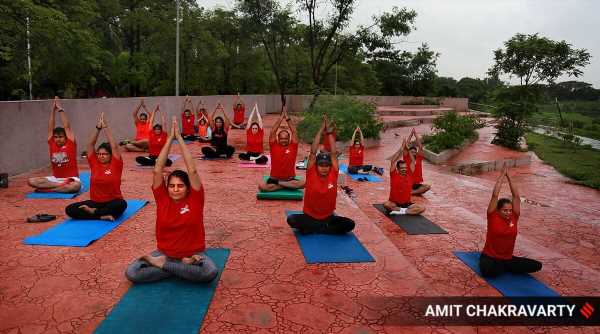 While several socially-distanced events were held across the world to mark the 7th International Yoga Day, political leaders also stated that the relevance of Yoga has increased during Covid-19. 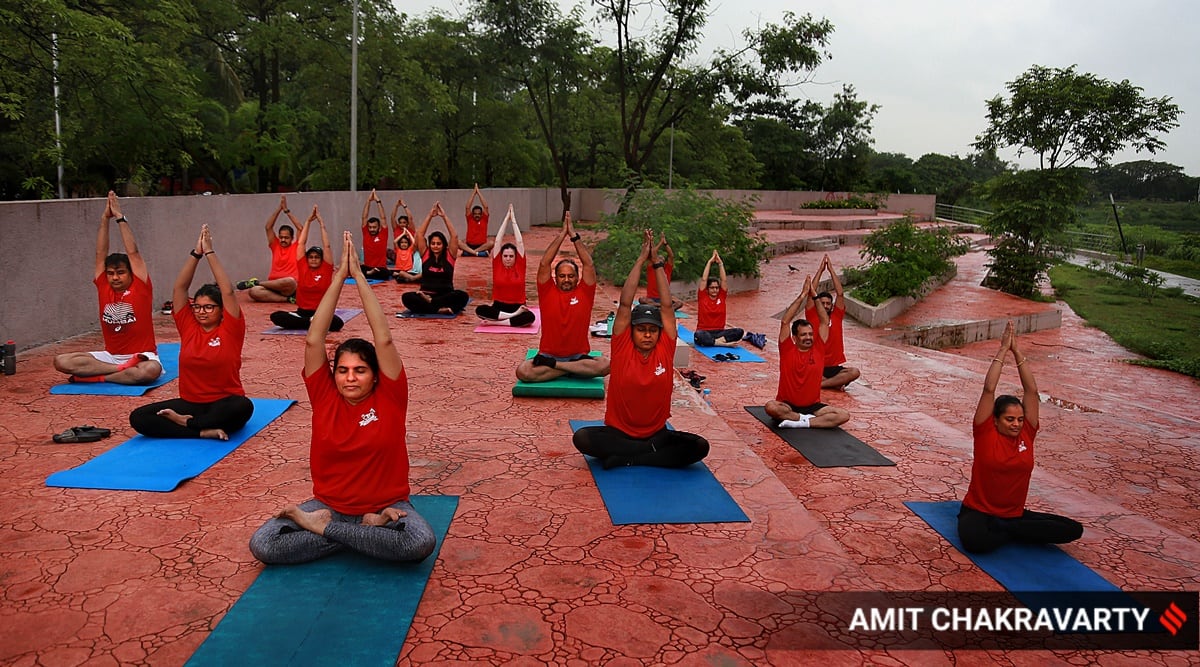 Calling Yoga a ‘ray of hope’ amid the testing times of the coronavirus pandemic, Prime Minister Narendra Modi Monday launched the mYoga app to promote the Indian practice worldwide and mark the 7th International Yoga Day.

“In collaboration with WHO, India has taken another important step. We will be launching the mYoga app which will have yoga training videos in different languages for people across the world. This will help us achieve our ‘One World, One Health’ motto,” he said at a virtual press conference.

This year, the theme is ‘Yoga For Wellness’, which emphasises physical and mental well-being, especially amid the pandemic.

“When the unseen coronavirus knocked on the doors of the world, no country was prepared for it in terms of resources, capability and mental state. We all have seen that in such difficult times, Yoga has become a great source of inner strength,” Modi said. Several political leaders echoed the prime minister’s thoughts. Chhattisgarh Chief Minister Bhupesh Baghel stated, “in this time of Covid-19 crisis, the relevance of yoga has increased manifold.” A virtual yoga marathon was organised in the state, and over 10 lakh people registered to participate in it.

Yoga is India’s invaluable gift to the world, and it has helped several people deal with the Covid-19 crisis, said Goa Chief Minister Pramod Sawant, who also participated in a programme at Fort Aguada.

Union Health Minister Harsh Vardhan also stated that the relevance of Yoga has increased during Covid-19. “Yoga has helped us to maintain our physical and mental health. We should make Yoga or other physical activities a part of our daily life. These will help increase our immunity against coronavirus,” he said.

In Pictures |‘From stress to strength’: Yoga to fight Corona is the mantra this International Yoga Day

Despite the raging pandemic, there was no shortage of enthusiasm among those celebrating Yoga Day. Culture and Tourism Minister Prahlad Singh Patel took part in a session at the Red Fort in New Delhi. The Ministry of Culture initiated the idea to celebrate the International Day of Yoga at 75 cultural heritage locations across the country. Under the initiative, a camp was also organised at Kanheri Caves in Mumbai. 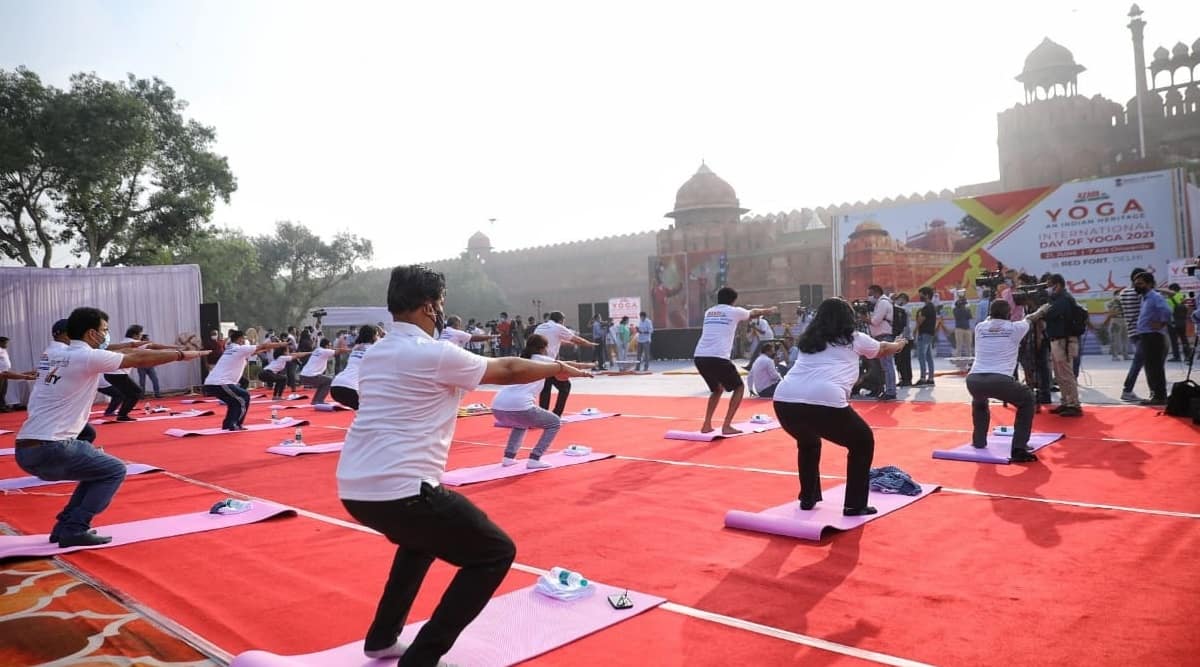 The Indian Army’s Durga Battalion organised a Yoga session in Poonch, inviting locals to participate with them. Similary, BSF troops performed Yoga at the border out-post in Rajasthan, along the Indo-Pak border.

Indian Navy personnel aboard the INS Shardul, which is heading back from the Persian Gulf as part of the Operation Samudra Setu II deployment, also marked the day with a Yoga session.

On Sunday, over 100 Chinese yoga enthusiasts took part in an event organised by the Indian Embassy in Beijing to celebrate the ancient Indian practice.

The UN proclaimed June 21 as International Day of Yoga by passing a resolution on December 11, 2014, during the 69th session of the General Assembly.