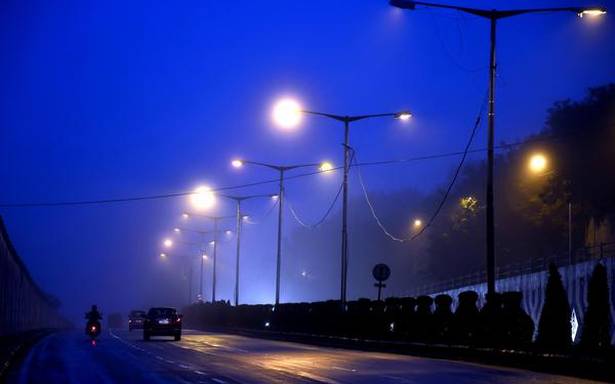 The city’s wait for LED (light emitting diode) street lights seems to be getting only longer. After over three years of wait, the project to replace 4.85 lakh sodium vapour lamps with LED lights failed to take off, and the contract with the consortium led by Shapoorji Pallonji now stands cancelled.

LEDs are typically long-lasting and are energy efficient.

The failure of the pan-city contract to a single vendor under the Build, Own, Operate and Transfer (BOOT) model, where the consortium was expected to invest around ₹840 crore and recover costs over the next ten years, has put a question mark over the feasibility of the model during a slump in the economy.

“The basic model is that we will share with the firm what we save in energy costs with the LED lights. The pan-city contract under the BOOT model failed to take off. So we may not go for a single vendor for the whole city and will likely opt for smaller tenders. But a final decision has not been made yet,” said Chief Civic Commissioner Gaurav Gupta.

If the private sector doesn’t respond to the call for investments, the Government may be forced to invest, and in that case there is no timeline for the project, and may be pushed indefinitely, sources said.

“The consortium, despite giving them several opportunities, has failed to deliver on both financial closures and on the first milestone. So we have cancelled the contract with them. We are working out modalities of new contracts to replace sodium vapour lamps with LED lights,” said Mr. Gupta.

The cancellation of the contract came after the consortium allegedly failed to deliver on targets, even after a last opportunity was given recently. Chief Minister Basavaraj Bommai, who also holds charge of Bengaluru Development, had chaired a review meeting in September and expressed his unhappiness over the project failing to take off.

As a last opportunity, he set the target of installing one lakh LED lights by December end. Spurred into action by this, the consortium began installing LED lights in multiple zones,but failed to reach the one lakh milestone. Sources in the civic body said there were also complaints about the LED lights installed – they were too dim and failed to light the streets adequately.

* BBMP floated a global tender in January 2018 to replace 4.85 lakh sodium vapour lamps with LED lights under the BOOT model.

* BBMP was supposed to give ₹13.5 crore every month to the consortium for 10 years.

* BBMP could levy a fine if the consortium failed to deliver on its promise to save 85% of energy costs.

* BBMP Council approved the tender in August 2018 and a work order was issued to the consortium in 2019 with a deadline of 30 months to complete the full project in five phases.

* After nearly two years, the consortium failed to complete even the first milestone.