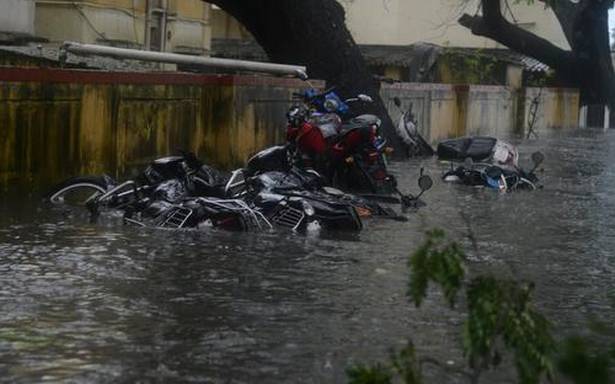 The Madras High Court on Friday said the State government and Greater Chennai Corporation (GCC) must be given some more time to solve problems faced by residents of Chennai city and its suburbs due to inundation, since the rains, due to a depression formed in the Bay of Bengal, had stopped only on Thursday.

When an advocate made a mention before Chief Justice Sanjib Banerjee and Justice P.D. Audikesavalu and urged them to take suo motu notice of the plight faced by the people, the Chief Justice said his Bench had already asked the Corporation to pull up its socks and make sure that the rainwater recedes at the earliest.

“Let us see how things go. If efforts are not proper, then we shall intervene. Let the government and the corporation have some time to set things right. The rains have stopped only last night. Another depression also appears to have formed now. Let us not interfere at this moment,” the Chief Justice said.

In his submission, the advocate claimed that six-feet deep rainwater had stagnated in Avadi where he resides, and that six puppies in his house were terribly scared. He said the situation was similar in many other parts of the State, including Chennai city, and urged the court to issue appropriate directions to the government and the corporation.