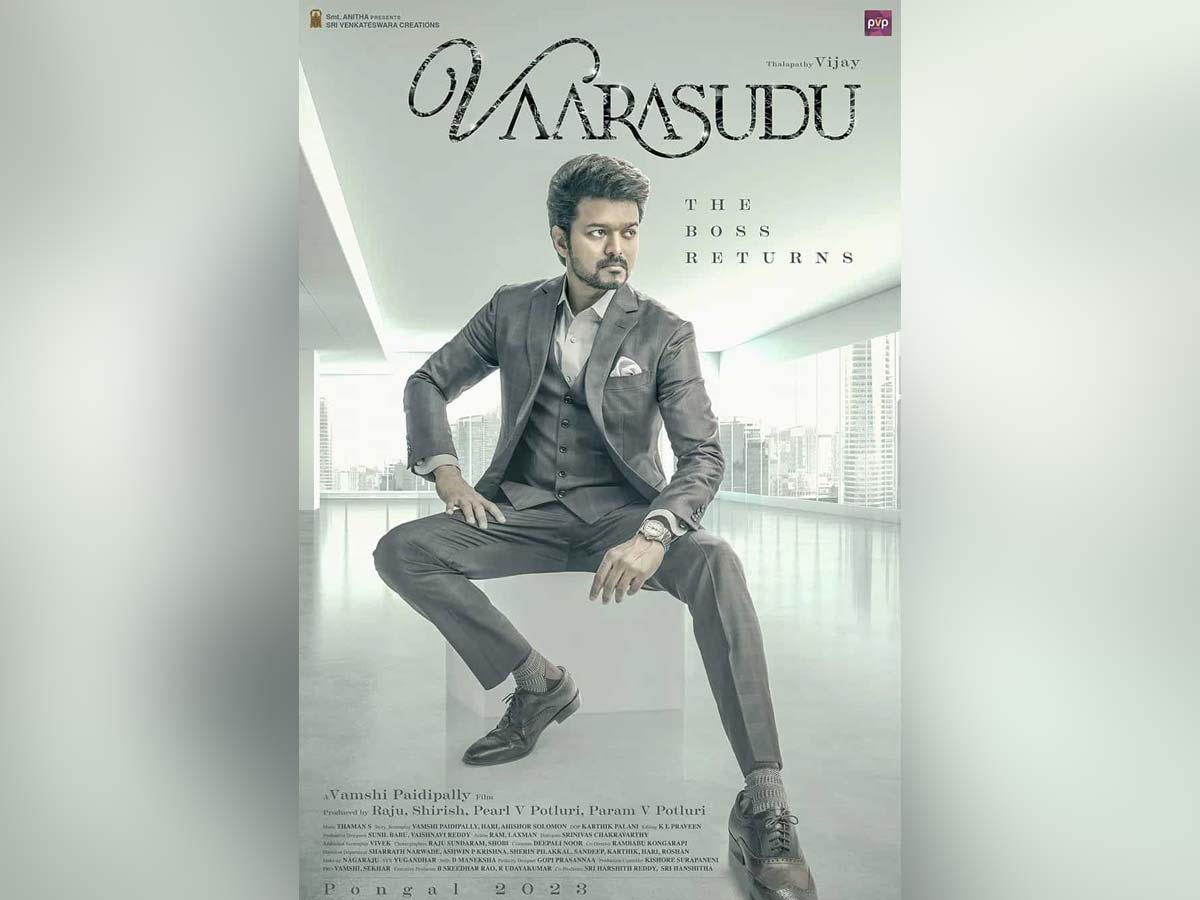 After tasting bitterness with his previous movie Beast, the gifted actor Vijay Thalapathy is coming up with his forthcoming bilingual Tamil-Telugu movie titled Vaarisu in Tamil and Vaarasudu in Telugu. The film is being tackled by the director Vamsi Paidipalli.

Here, we are going to know about the character name and the role of Vijay Thalapathy in the movie. It is revealed that Vijay will be called Vijay Rajendran, which resembles his real name to the most. Secondly, the Snehithudu actor will be seen as an Application Designer.

His role will be too stylish in the movie that he never exhibits before. Already, we have also witnessed his first look poster which is royal and genteel. Currently, the film is in its shooting progression that is happening in Hyderabad. Dil Raju is financing for the film at a high-level.

Touted to be a mass commercial family entertainer, the film has a huge cast that includes Jayasudha, Khushbu, Prakash Raj, Sangeetha Krish, Samyuktha, Sarath Kumar, Shaam, Srikanth and Yogi Babu as the supporting characters. National crush Rashmika Mandanna is the lady love of Vijay Thalapathy. The movie is going to be a grand Pongal flair in 2023.