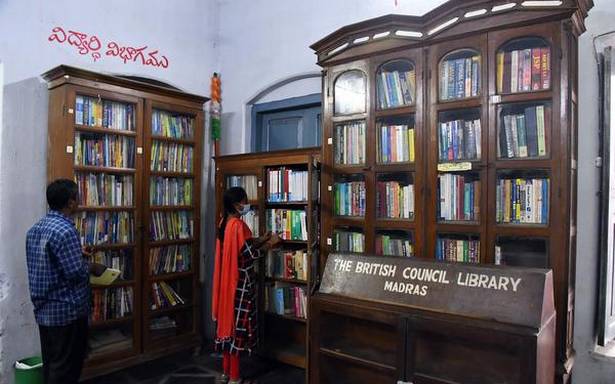 The Ram Mohan Dharma Pustaka Bhandagaram, popular as Ram Mohan Library, is all spruced up to welcome the Vice-President M. Venkaiah Naidu, here on Sunday.

The Vice-President is scheduled to visit the more than century-old library near Bandar Locks on Mahatma Gandhi Road and go around the two-storied building. “He will unveil a Bharat Matha statue and pay tributes to her,” said Ch. Koteswara Rao, president of the library.

Built in 1911, the library is a piece of history, equipped with works of the authors of the 18th and 19th centuries. It has a large collection of books related to Independence, history, science, politics and other genres in Telugu, English and Sanskrit, in addition to a few Hindi classics.

The place has historic importance as it was visited by the Father of the Nation Mahatma Gandhi, former President V.V. Giri and many prominent freedom fighters and has survived a prolonged neglect.