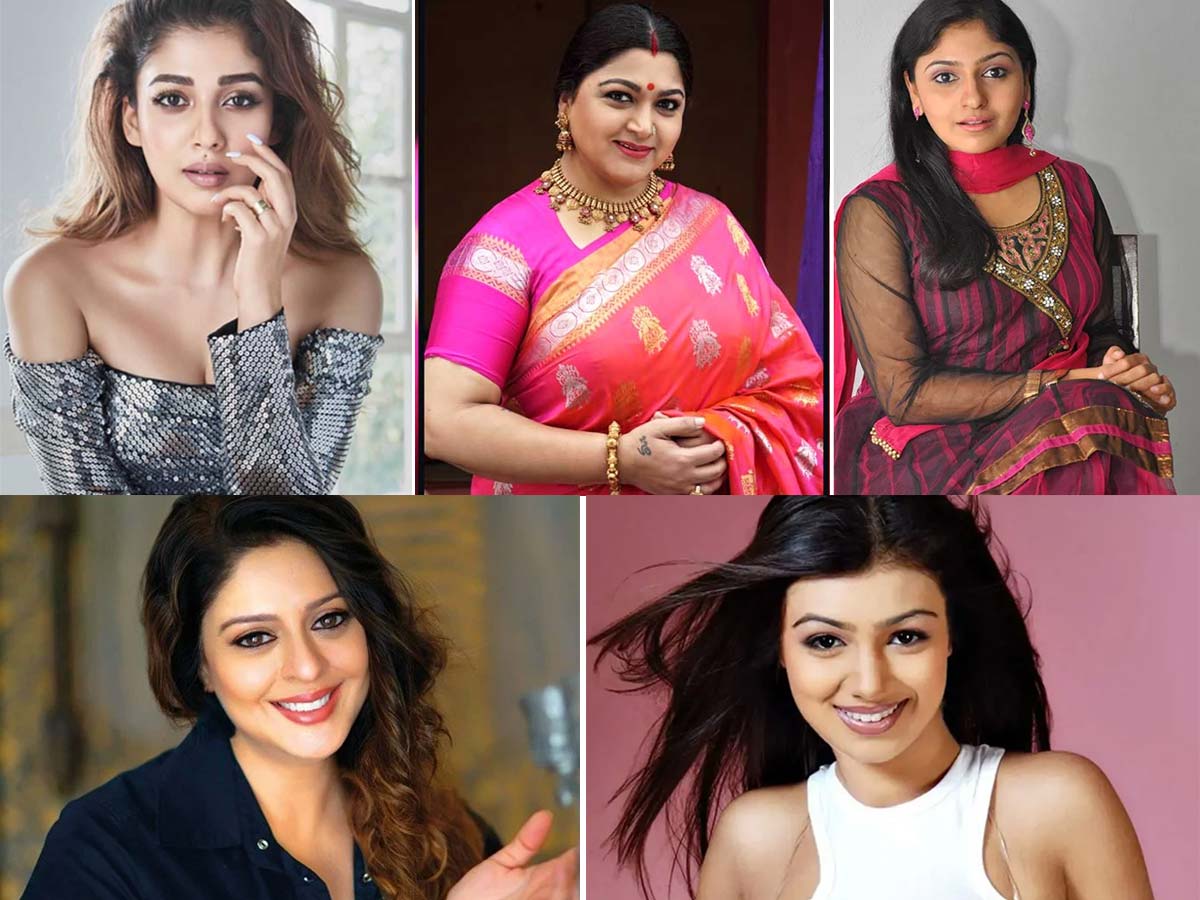 Religious conversion is not a new trend in Tollywood. Few Tollywood have converted to other religions for their loved ones. Actresses like Jayasudha, lady superstar Nayanthara, Monica and some others have converted to Islam, Christianity and Hinduism.

Nayanthara – Born to Malayali Syrian Christian parents, Nayanthara converted to Hinduism at the Arya Samaj Temple in Chennai on 7th August 2011. Nayan opted for religious conversion to marry her ex-boyfriend Prabhu Deva. Today she is going to tie the knot with  a Hindu Tamil filmmaker Vignesh Shivn after being in a relationship for so long.

Khushboo – Actress Khushboo  Sundar was born to Muslim parents, but she converted to Hinduism to marry Sundar C.

Monika – Actress  Monica converted to Islam and changed her name to MG Rahima. She  revealed that she liked the principles of Islam and hence, took the decision.

Nagma –  Nagma, who was born to a Muslim mother and a Hindu father, converted to Christianity in November, 2011. After the conversion, she had said that she had embraced Christianity after her stint in  the politics that had caused extreme depression in her life.

Ayesha Takia:  Ayesha Takia who has starred in Nagarjuna Akkineni’s  Super under the direction of Puri Jagannadh, was born to interfaith parents, where her father is a Gujarati Hindu while her mother is a Kashmiri Muslim and the actress upon marrying a Muslim restaurateur Farhan Azmi has converted to fully Islam.