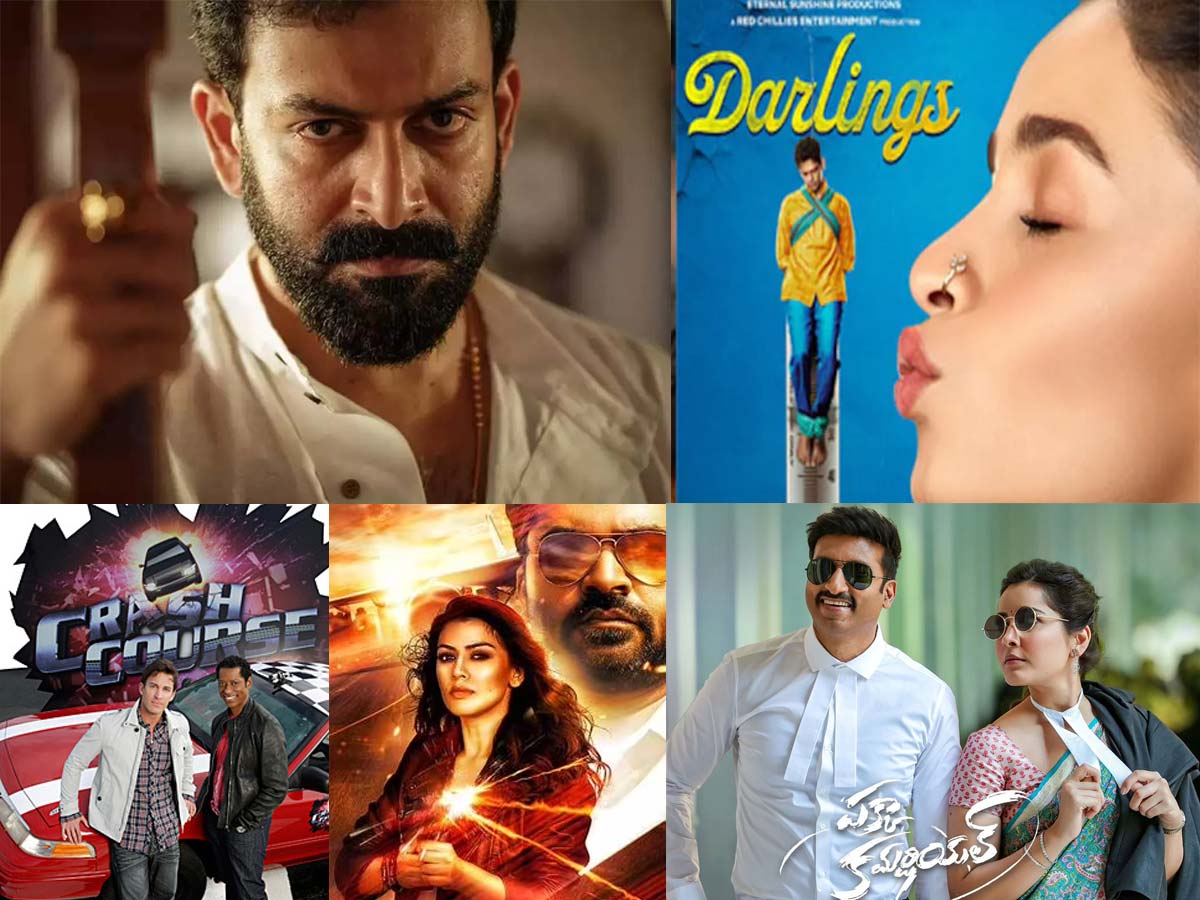 This week has multiple releases on OTT platforms like Amazon Prime Video, Netflix, ZEE5, Hotstar, Sony Liv, and others in  Telugu, Hindi, Kannada, Malayalam, English, and other languages.

Kaduva: Kaduva, the recent outing of Prithviraj Sukumaran, helmed by senior filmmaker Shaji Kailas,  which has earned blockbuster status at the box office,  is now all set to stream on OTT Platform. Kaduva is getting released on the streaming giant Amazon Prime Video, on 4th August Thursday.

Darlings: Darlings stars Alia Bhatt and Vijay Varma. This dark comedy dabbles with the theme of domestic abuse, marital discord, and a fake kidnapping plan that’s likely to go awry and awkward. Darlings will stream on Netflix from the 5th of this month.

Maha: This crime mystery thriller movie is slated to release in Tamil on Aha Video from 5th August.

Pakka Commercial:  Few days ago Aha officially announced that the movie starring Gopichand and Raashi Khanna, helmed by Maruthi will be premiered on its platform on 5th August, 2022. It is produced by GA2 Pictures and UV Creations, and also has Rao Ramesh, Satyaraj and others in key roles.