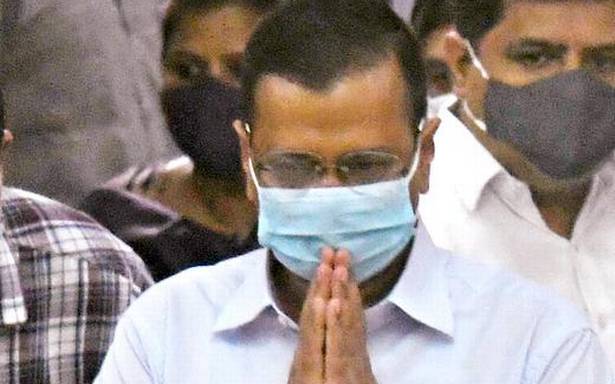 In a landmark verdict, the Delhi High Court on Thursday directed Chief Minister Arvind Kejriwal to live up to his promise, made at a press conference last year, that his government will pay rent for those who are unable to do so due to poverty in the wake of COVID-19 pandemic.

“The promise/ assurance/ representation given by the CM clearly amounts to an enforceable promise, the implementation of which ought to be considered by the government,” Justice Prathiba M. Singh ruled.

Justice Singh remarked that the Chief Minister cannot first make a “clear and unequivocal oral assurance” and then fall silent when it comes to its implementation.

The judge directed the Delhi government to take a decision within six weeks whether to implement the promise made by Chief Minister Kejriwal on March 29, 2020, bearing in mind the larger interest of the persons to whom the benefits were intended to be extended.

If a decision is made to implement the promise, the Delhi government should frame a clear policy, the court said.

The outbreak of COVID-19 pandemic last year, had resulted in the announcement of a nationwide lockdown with effect from March 25, 2020. A large number of people lost their jobs due to the shutting down of establishments.

Delhi saw a mass exodus of labourers, migrant workers, who were leaving the city for their hometowns due to lack of work.

In this backdrop, Chief Minister Kejriwal, during a press conference, had made the promise that if any tenant is unable to pay the rent due to poverty, his government would pay the rent on their behalf. The CM also assured that there would be reimbursement to the landlords, if the tenants do not pay the rent.

The High Court’s decision came on a bunch of petitions by several daily wage labourers, who claim to be tenants who are unable to pay their monthly rent, and a landlord who hasn’t been able to receive monthly rent from his tenant. They had sought enforcement of the promise made by Mr. Kejriwal.

“Law has evolved the doctrines of legitimate expectation and promissory estoppel to ensure that promises made by the government, its officials and other authorities are not broken and are, in fact, judicially enforceable, subject to certain conditions,” the court highlighted.

Justice Singh further made the distinction that the CM’s assurance “is not a political promise”, not that it was made as a part of an election rally.

“It is a statement made by the CM of the GNCTD. There is a reasonable expectation on behalf of the citizens that the CM knows the background, in which such a promise is being made, the number of people who would be affected by the same as also the financial implications of such a promise/assurance, in the context in which it was made,” the High Court said.